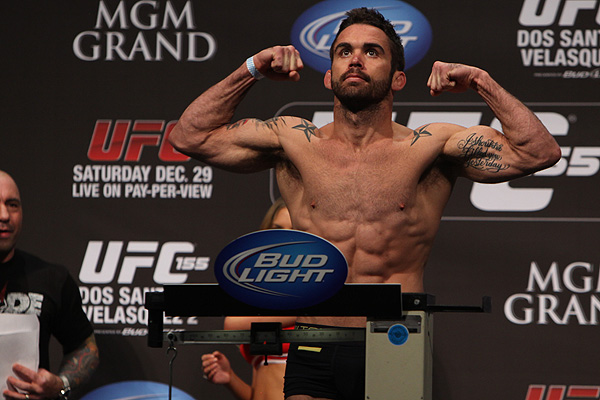 Jamie Varner, on “Cheap Seats,” discussing his struggles and his recent success:

“I felt like I’d just lost whatever I had, whatever drive, motivation, fire that I had. I felt like I had lost it. I’d lost a sense of who I was as a fighter and as a competitor. I think coming back to Arizona and kind of just saying screw it, I guess you could say -- I like to fight. I like to compete. I wasn’t done competing. I just had to kind of find my love for the sport again. That was what made it more difficult for me. I think going to the Lab and training with some of those guys, being around John Crouch and getting back to my old ways with Trevor Lally over at Arizona Combat Sports, I found a love for the sport again. I just quit putting so much pressure on myself. I think that’s what made it fun and that’s what allowed me to have this amazing 2012.”