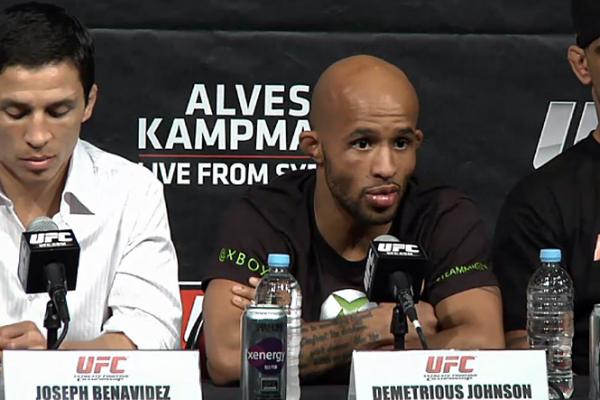 Everyone answers to somebody, so we, the staff at Sherdog.com, have decided to defer to our readers.

“The Doggy Bag” gives you the opportunity to speak about what is on your mind from time to time. Our reporters, columnists, radio hosts and editors will chime in with their answers and thoughts, so keep the emails coming.

In this edition, readers respond to a host of topics, both big and small. With Demetrious Johnson-Ian McCall 2 now in the books, some folks are hand wringing about 125ers only going 15 minutes. Meanwhile, longtime fan favorite B.J. Penn has put on a few pounds since his fight with Nick Diaz late last year. Is why so many folks are skeptical about the Hawaiian's chances in his return bout against Rory MacDonald?

When we are talking weights and measures, four-division UFC veteran Kenny Florian is bound to show up, especially since he just called it a day in the cage. Former UFC heavyweight champion Frank Mir is not ready to hang up his gloves, but what he has been doing in the gaining-and-shrinking department has some folks unhappy.

For bigger or smaller, 145 or 155, we also look at the best talents from this past season of “The Ultimate Fighter” and even what futures might await some of the beloved-and-light-weighted of the now-defunct Dream.

After watching both fights between McCall and Johnson back-to-back, I don't know if these guys were made for three rounds. I thought Johnson won both fights, two rounds to one, but after both fights, I felt like they were lacking a resolution. Both fights felt like were “getting started” when they ended. Both fighters even looked like it. It seems like 125-pounders are just getting warmed up by the time the three rounds end. Doesn’t it defeat the purpose to have such dynamic fighters but only rarely give them the five rounds or more necessary for their skills to come out? -- Matthew from Phoenix

Jordan Breen, administrative editor: You’re obviously speaking my language, discussing the pressing necessity to have more 25-minute fights. It’s true. At this point, most guys of true, legitimate UFC caliber should be going five rounds as a matter of course. However, that world isn’t about to be bestowed upon us anytime soon.

McCall-Johnson 1 and 2 were both unsatisfying for me, personally, because I did want that extra 10 minutes of action, and I do feel strongly that those rounds could’ve played a real role in how either fight may have developed. However, we knew ahead of time McCall was a slow starter, and he could’ve identified it, too. The style of Johnson is not a mystery, either. Both men knew the length of time they were to fight one another. If McCall -- or Johnson -- had the actual desire to leave their gas tanks on E and fight tooth and nail, they would have in either context.

However, the charge that flyweight fights won’t unfold favorably over 15 minutes intrigues me. What was wrong with the John Lineker-Louis Gaudinot bout we just got? The fact is I’m not sure anything we saw was different from McCall's or Johnson’s WEC bouts. They were in tough against another high-level fighter and couldn’t implement their game as well as they’d hoped. Two great fighters can often do that to one another.

I do see some potentially pernicious futures over three rounds. The real issue for flyweights, especially as they try to sort out themselves, is fighting against some wacky judging. Bad judges in MMA struggle to keep up in general, and setting them loose on smaller, fleeter fighters can have questionable results. When the Zuffa-era WEC moved heavily to the 135- and 145-pound weight classes, I’d argue we saw exactly this. Who knows what scorecards we would’ve got for that Gaudinot-Lineker fight?

I do have some fear for the flyweights, but the 15 minutes isn’t why. Yeah, it stinks, but we’ll get 25-minute classics at 125 pounds soon enough. Just watch out for those folks with the scorecards. They’re bad news.