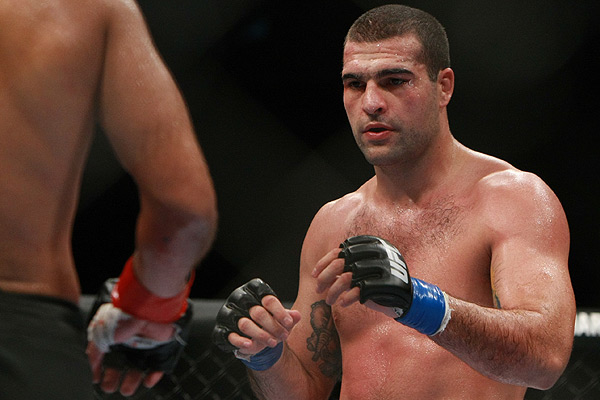 
The Ultimate Fighting Championship on Saturday will help Fox Sports 1 usher in what both companies hope will be a new era for 24-hour sports programming. While ESPN has been the unquestioned frontrunner in that regard for quite some time, the Worldwide Leader has never gone the mixed martial arts route when it comes to programming -- something that could help to set apart Fox in the race for sports cable television supremacy.

It is only fitting then that UFC Fight Night 26 features Chael Sonnen, perhaps the promotion’s most prominent salesman, a fighter who only recently talked his way into a light heavyweight title shot against Jon Jones without a 205-pound win in the Octagon to his name. Sonnen, who has promised a return to 185 pounds after this fight, squares off with one of the sport’s most beloved figures, Mauricio “Shogun” Rua, in a main event that is sure to pique the interest of a diverse group of fight fans. Additionally, massive and controversial heavyweight Alistair Overeem attempts to erase the memory of his shocking knockout loss at UFC 156 when he locks horns with promising Hawaiian big man Travis Browne in the co-main event.

UFC Fight Night 26 takes place at the TD Garden in Boston and includes an entire card’s worth of compelling matchups and rich storylines -- an appropriate beginning for a network looking to make a dent in the ESPN establishment. Here is a closer look at UFC Fight Night 26, with analysis and picks: 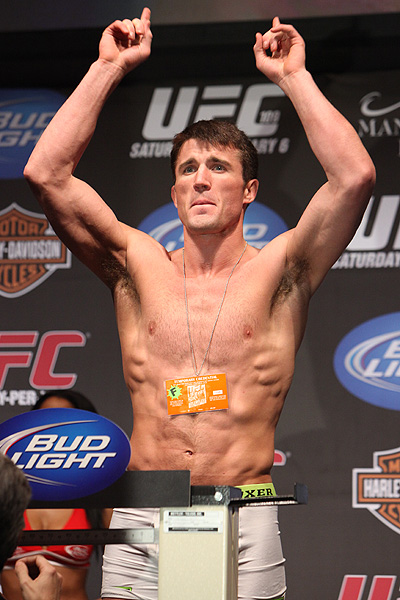 Photo: D. Mandel/Sherdog.com
Sonnen is .500 in the UFC.
The Matchup: Sonnen was but 27 seconds away from becoming perhaps the most undeserving light heavyweight champion in UFC history; had a cageside doctor noticed Jones’ badly mangled toe between rounds in their April title bout, Sonnen would have won via technical knockout. Fortunately, Jones overwhelmed Sonnen before the first frame expired. While it is unclear whether it was the manhandling he endured against Jones or the possibility of facing a middleweight champion not named Anderson Silva that prompted his decision, Sonnen has announced that his bout with Rua will be his last at light heavyweight.

Rua, meanwhile, has basically alternated wins and losses since signing with the Las Vegas-based promotion. The former Pride Fighting Championships standout has not posted back-to-back victories since besting Mark Coleman and Chuck Liddell in 2009, though many would argue that he was robbed of a third consecutive triumph against Lyoto Machida at UFC 104. That lack of consistency can be attributed in part to the level of competition he has faced, but Rua’s tendency to fade late in fights has certainly not helped his cause. At UFC on Fox 5, a balanced approach blending striking and takedowns allowed Alexander Gustafsson to wear down the Brazilian over three rounds, with Rua’s only significant threat coming in the form of a heel hook attempt in the first frame.

Despite his recent high-profile failures, this is why Sonnen has a very real chance to defeat the former light heavyweight king. At his best, virtually no one is better than Sonnen at turning a bout into a grinder, and his ability to drain Rua’s gas tank through takedowns and clinches against the cage could prove to be the difference, provided he can survive the Brazilian’s early bursts of offense, which is by no means a guarantee.

Sonnen’s striking is very basic -- one-two combinations mixed with the occasional leg kick -- but he uses it effectively to apply pressure to his opponents and to set up his vaunted wrestling game. An NCAA All-American at the University of Oregon, Sonnen is capable of smoothly transitioning from striking to takedowns, and he utilizes a variety of techniques to drag his opposition to the canvas. From top position, the Team Quest product will stay busy with punches and elbows, but he is often content to work inside of his opponent’s guard. Submission defense has long been a weakness of Sonnen’s, and Rua, who is underrated in that aspect, might look to take advantage of that deficiency if he finds himself repeatedly planted on his back.

Of course, Rua will have clear advantages in power and technique during any exchanges that take place. As a former member of the vaunted Chute Boxe camp, “Shogun” is known for his explosive flurries, and Sonnen might want to eschew forcing too many tie-ups in order to avoid the rapid-fire punches and knees Rua is capable of unloading in close quarters. The problem with Rua’s approach is that while it can quickly test an adversary’s mettle, it also forces him to expend a lot of energy. The longer this fight goes, the more it will suit Sonnen.

Despite his well-documented conditioning issues, Rua has displayed plenty of heart in drawn-out battles with the likes of Dan Henderson and Brandon Vera, and considering that Sonnen has not stopped anyone with strikes in Zuffa, a finish for MMA’s self-proclaimed gangster is unlikely. However, Rua’s 44 percent takedown defense is a major concern, especially against someone who will probably shoot within 20 seconds of the opening bell.

The Pick: If the bout ends via knockout, technical knockout or submission, the odds-on favorite is Rua. However, he will struggle to remain fresh against Sonnen’s relentless attack. Sonnen wins by decision.