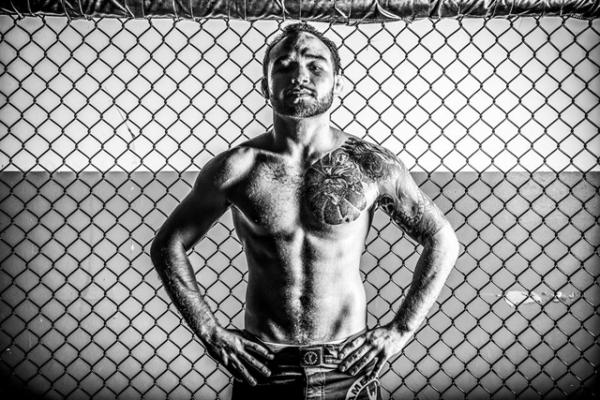 Marcelo Castaneda has finished all four of his opponents. | Photo: Sarah Jaquemet


Life for unbeaten flyweight prospect Marcelo Castaneda is all about taking advantage of opportunities.

Whether it was coming to the United States from his native Peru when he was 10 years old, moving to Arizona Combat Sports to train for a professional mixed martial arts career or switching to American Top Team in Florida, Castaneda has never been afraid to do what was necessary in order to better himself personally or professionally.

“I’m definitely making good progress,” said Castaneda, who is 4-0 as a professional, with two knockouts and two submissions. “Arizona Combat Sports was a good place to start my career. I really was able to focus on my striking while I was out there, but once I moved to American Top Team in Florida, things got very serious with my career. The coaches there don’t mess around. I have some great training partners, and I’ve made a lot of improvements and gotten a lot, lot better. I feel like I’m an exciting fighter who’s very fast and a power puncher.”

Like many professional fighters, Castaneda came to MMA after competing in wrestling, first in high school and then in college at the University of the Cumberlands, an NAIA school in Williamsburg, Ky.

“I was born and raised in Lima, Peru, and came to America when I was 10,” Castaneda said. “I moved to Miami and got introduced to wrestling at 13 years old. When I was in high school, I won a state title. I wrestled in college for a year, but I decided to go to Arizona and train for MMA. I was always a big fan of MMA growing up. In college, my favorite fighter was Matt Hughes. He won his fights by taking people down and controlling them with his wrestling. After I wrestled in high school and college, I wanted to try it out and I fell in love with it right away. In the end, everything clicked, and it’s been going well so far.”

Castaneda made his pro MMA debut in October 2010, when he took just 45 seconds to tap Dock Phelps with a rear-naked choke at a Rage in the Cage show in Arizona. He has finished three of his first four opponents inside of two minutes and just one of them made it to the second round. In his most recent outing in February, he knocked out Jovan White in 1:52 at a Maxximo Fighting Championship event in Daytona Beach, Fla.

“I’d say I’m pretty well-rounded,” Castaneda said. “Two years ago, I would have said my wrestling was my biggest strength, but now I’m more well-rounded. I have good striking and jiu-jitsu coaches. I’m well-rounded and I still feel like I can fall back on my wrestling, but I like to land clean punches and win fights that way.”

After starting his career at bantamweight, Castaneda -- who stands only 5-foot-3 -- decided to drop to 125 pounds. He believes the move down in weight resulted in a better fit for him.

“I don’t walk around too heavy,” Castaneda said. “At the beginning of my career, I wasn’t as cut as I am now. I was chubbier, but now that I’m in a better conditioning program and at a little bit of a better gym, I’m more cut and that means less weight to carry around. I probably walk around at 145 pounds or so, so cutting to 125 isn’t too bad. I’m not too big of a flyweight.”

The 25-year-old Castaneda will return to action at Fight Time 22 on Dec. 5 in Sunny Isles Beach, Fla. He claims to be willing to accept a short-notice fight in order to get an opportunity on a bigger stage, as it would help him further his career.

“I’m willing to take a short-notice fight [in the UFC or another promotion], but it would have to be a good matchup,” Castaneda said. “If it’s going to be a top 10 or 15 guy at 125 [pounds], I’d do it on short notice. I don’t think I’d do a short-notice fight up at 135, though; but getting a few more fights would be a good idea, too. If there’s a short-notice fight, I’ll fight anybody, but it’ll need to be in the right weight class.”

Regardless of when it might come, Castaneda admits he is looking forward to the opportunity to represent his homeland in the Ultimate Fighting Championship and becoming the first Peruvian to fight in the Octagon since Tony DeSouza competed at UFC 79 in December 2007.