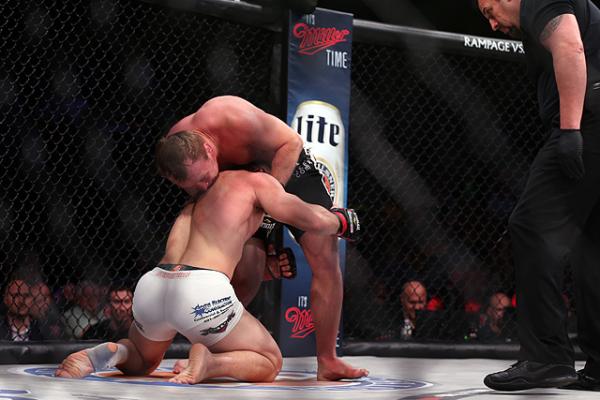 
Brennan Ward left his neck exposed, and Alexander Shlemenko made him pay.

The champion was forced to tread water through much of the first round, as Ward twice transitioned to his back and fished unsuccessfully for rear-naked chokes. Shlemenko invested heavily in kicks to the body, slowing the standup advances of the Season 9 tournament winner. In the second round, the Russian “Storm” caught the fight-ending guillotine during an ill-advised single-leg takedown attempt from Ward. Soon after, the challenger tapped.

“I’m very glad that I got this victory, and I hope my next 50 victories come in a row,” he said. “Thanks very much to Brennan Ward for the great fight. I was waiting. I knew he would get tired by the second round, so I was just waiting. It is a fight, you know?” 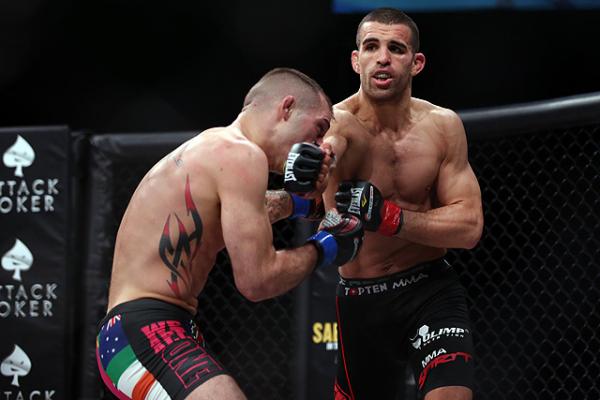 Weichel controlled rounds one and three with an active top game, neutralizing “The Mangler” and forcing him to expend energy from his back. Bessette (13-5, 4-1 Bellator) appeared to turn a corner in the second round, where he landed in combination, attacked with close-quarters knees and stunned the German grappler with a short right hand.

However, Weichel found his second wind over the final five minutes, pinning the Connecticut-based Brazilian jiu-jitsu brown belt to the canvas and riding out the decision. 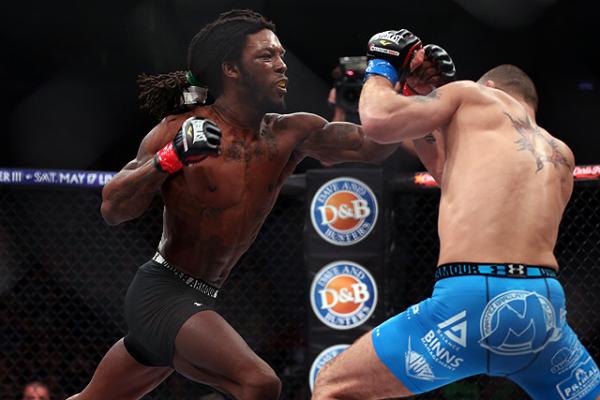 Photo: D. Mandel/Sherdog.com
Green was a step quicker than Martinez.
Takedowns and a suffocating top game carried Desmond Green to a unanimous decision over Will Martinez in the Season 10 featherweight tournament semifinals. All three judges scored it for Green (11-2, 3-1 Bellator): 29-28, 29-28 and 30-27.

Outside of a crisp left hook in the third round, Martinez (9-3-1, 5-1 Bellator) was largely ineffective from an offensive standpoint. Green pecked away from the outside with punches and leg kicks, mixing in tactical takedowns throughout the 15-minute battle. “The Predator” has rattled off five wins in his last six appearances.

The defeat halted an eight-fight winning streak for Martinez. 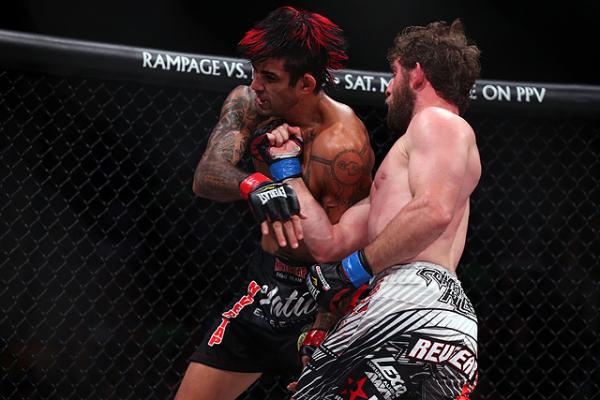 Photo: D. Mandel/Sherdog.com
Cooper put Grove to sleep with leather.
Reign MMA’s Brett Cooper knocked out Kendall Grove with an overhand right and a violent volley of follow-up ground strikes in the Season 10 middleweight tournament semifinals. Cooper (20-9, 7-4 Bellator) drew the curtain on the lanky Hawaiian 3:33 into round two.

Grove (19-14, 1-1 Bellator) nearly finished it in the first round, where he struck for a takedown, cinched a body lock and unloaded with punches from back mount. “The Ultimate Fighter” Season 3 winner’s chin betrayed him in round two, as Cooper cracked him with an overhand, trailed him to the canvas and left him unconscious against the cage.

“He whooped my ass [in] the first round,” Cooper said. “I think that was pretty obvious. I knew I had to come back. Everybody said to keep going forward. He’s a tall guy, so the plan was obviously to come over the top, because out-jabbing somebody who is 6-foot 5 is not exactly easy.”

Cooper will face the winner of the Bellator 115 semifinal matchup between Dan Cramer and Jeremy Kimball in the tournament final. 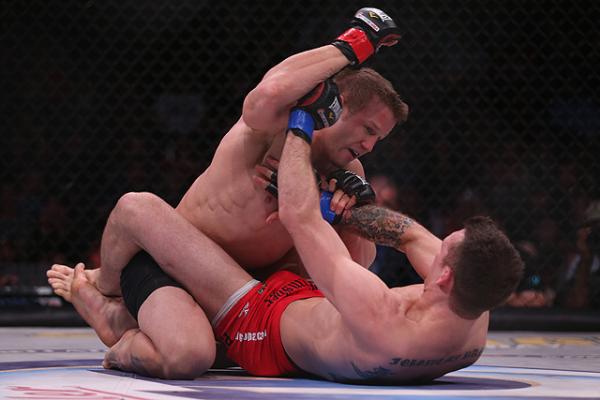 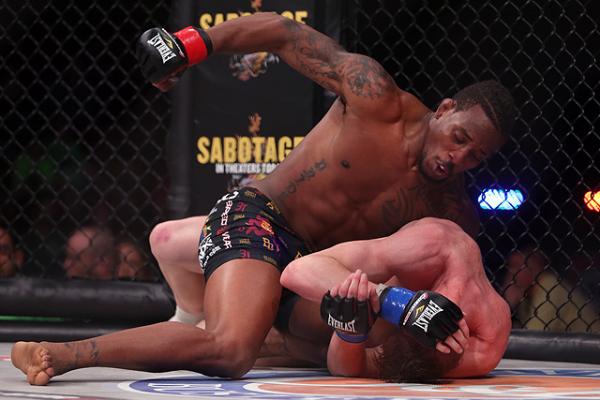 Photo: D. Mandel/Sherdog.com
B. Jenkins was in total control for 15 minutes.
Mike Estus (6-2, 0-2 Bellator) with an arm-free guillotine choke 3:29 into round one of their clash at 170 pounds; Joe Rodriguez (3-2, 1-1 Bellator) submitted Eric Wahlin (5-3, 0-1 Bellator) with an arm-triangle choke 2:06 into the second round of their middleweight scrap; and Rad Martinez (15-3, 5-1 Bellator) notched a unanimous decision against EliteXC veteran Edson Berto (17-12-1, 1-2 Bellator) in a featherweight matchup.