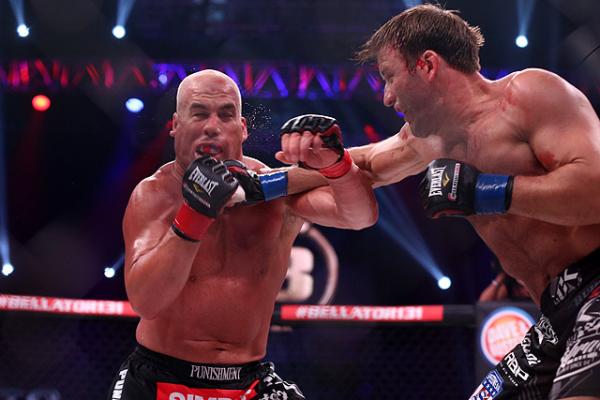 
While Scott Coker has been on the job for a few months now, Bellator 131 was the first event that truly felt like it belonged to the new promotion head.

That unofficial coming out party delivered big in the ratings department, as Bellator 131 averaged 1.241 million viewers on Saturday night, a record figure since the promotion began airing on Spike TV. The audience averaged 1.8 million viewers – and peaked at 2 million – for the light heavyweight main event between Tito Ortiz and Stephan Bonnar, a bout “The Huntington Beach Bad Boy” won via split decision.

According to a release, Bellator 131 also was the most tweeted Bellator event in Spike history, while Facebook reach and associated video views also produced record numbers.

"Bellator 131 was an incredible event that had something for everybody, and I'm thrilled to see our efforts were so well-received by our fans,” said Coker. “I'm very proud of our entire Bellator and Spike family for all of the hard work they put resulting in these record-breaking ratings. The most exciting thing for me is the knowledge that that we are just getting started, and I can't wait for everyone to see what we have in store for the future."

Bellator 131 took place at the Valley View Casino Center in San Diego and saw Will Brooks capture the lightweight crown with a stoppage of Michael Chandler. The card saw a pair of explosive knockouts, as Joe Schilling violently finished Melvin Manhoef 32 seconds into round two at middleweight, while Mike Richman starched Nam Phan 46 seconds into their bantamweight bout. Muhammed Lawal kicked off the main card with a third-round technical knockout triumph over Joe Vedepo.