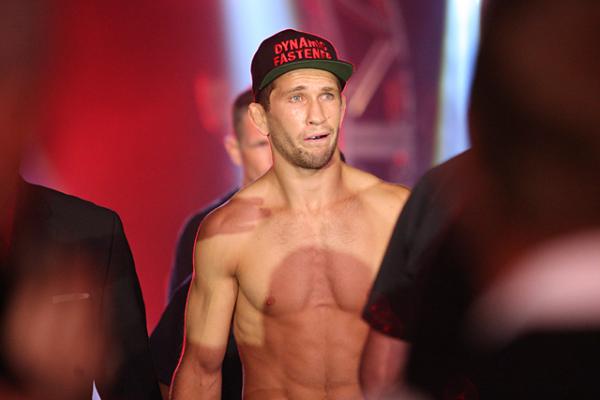 
A lightweight clash between Alexander Sarnavskiy and Marcin Held has been added to the Bellator 136 main card, promotion officials announced on Thursday.

Bellator 136 takes place at the Bren Events Center in Irvine, Calif., and is headlined by a lightweight title bout between Will Brooks and Dave Jansen. A middleweight scrap between kickboxing standout Joe Schilling and Rafael Carvalho is also scheduled for the Spike TV-televised portion of the card.

Better known as “Tiger,” the 26-year-old Sarnavskiy has won five straight fights since dropping a unanimous decision to Brooks at Bellator 109. The Russian has competed just once for Bellator during that run, submitting Dakota Cochrane with a first-round rear-naked choke this past October. Sarnavskiy is 30-2 as a professional overall, including a 5-2 mark with Bellator.

Held, meanwhile, has also won five straight fights -- all with the Scott Coker-led promotion. The 23-year-old Pole last competed at Bellator 126, where he captured a unanimous decision triumph against Patricky Freire. Held has compiled a 9-2 mark in Bellator since debuting with the organization in March 2011.