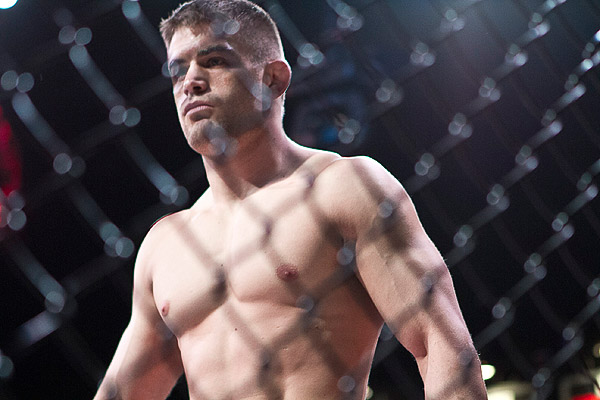 All four featherweight tournament quarterfinals for Bellator’s seventh season are now official, as promotion officials announced Thursday that the 145-pound bracket will kick off Oct. 12 at Bellator 76.

Martinez rose to prominence after he was featured last year in an ESPN “Outside the Lines” segment. The Utah native has since posted a 2-0 record in Bellator, most recently stopping Douglas Frey in just over four minutes on March 23. Malegarie is a two-time tournament veteran who put forth his best showing in last year’s Summer Series tourney, advancing to the semifinals before dropping a decision to ex-Sengoku champ Marlon Sandro.

Stepanyan has not lost since 2009, winning 12 straight fights after losing his first three pro bouts. The Armenian last fought on Aug. 11, knocking out Russian Akhmet Aliev in the first round. Fabiano captured the IFL featherweight championship before signing with the WEC in 2008. The 37-year-old has not competed since November 2010, when he was submitted with a guillotine choke by current UFC flyweight title contender Joseph Benavidez at WEC 52.

Known as “The Marine,” Richman rides a three-fight winning streak heading into the tournament, most recently blasting IFL and WEC veteran Chris Horodecki into unconsciousness at Bellator 64 in April. Spoon looks to improve upon his last in-cage showing at Bellator 60, when he was outpointed by eventual tournament champion Daniel Straus in the Season 6 quarterfinals.

Shamhalaev recorded a trio of victories in 2011, last competing this past October in the Ukraine. His lone career setback came in 2009, when he was submitted by current UFC lightweight talent Khabib Nurmagomedov. Just 21 years old, Bollinger makes his Bellator debut at the event. The Californian most recently fought on June 24, stopping Gus Lemon in just 45 seconds under the Gladiator Challenge banner.