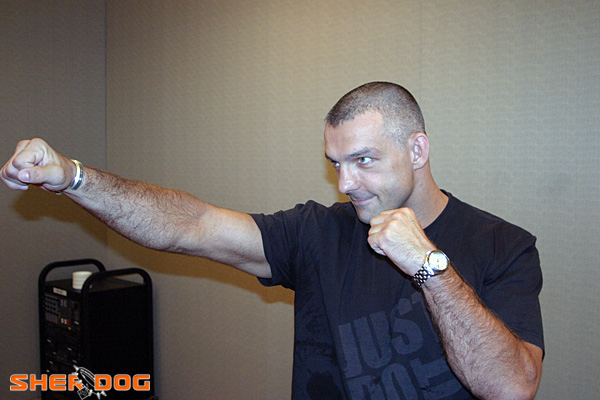 Olympic judo gold medalist Pawel Nastula will square off with Minnesota’s Kevin Asplund in a heavyweight bout at KSW 22.

Officials from the Polish promotion on Sunday revealed the pairing, which will take place at Torwar Hall in Warsaw on March 16. KSW 22 features a light heavyweight title bout between Polish standout Jan Blachowicz and UFC veteran Goran Reljic.

A four-time Pride Fighting Championships veteran, Nastula (Pictured) has not competed since a first-round stoppage of Jimmy Ambriz at a Streetfighters Team Cup event in Poland in October 2011. The 42-year-old has won his last three bouts via first-round TKO.

Asplund suffered defeat in both of his 2012 appearances, including a doctor stoppage loss to Brett Rogers at Bellator 71. Prior to that, the Ambition Training Academy representative had won 15 straight fights from 2003 to 2011.