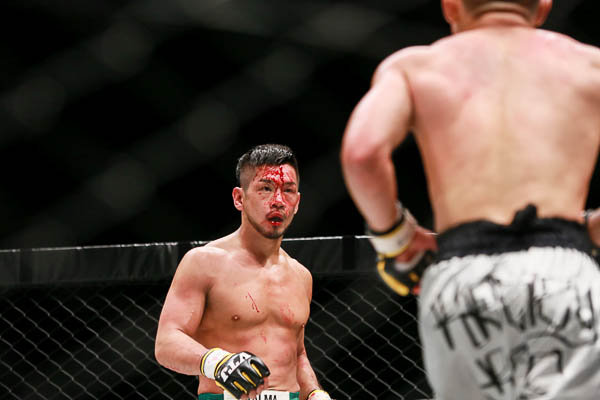 Shintaro Ishiwatari is trying to make it to the UFC. | Photo: Taro Irei/Sherdog.com

Brookins has this year split a pair of bouts in the Legacy Fighting Championship cage, submitting Cody Fuller in March during an aborted cut to flyweight, and then dropping a decision to Austin Lyons in August. The 29-year-old briefly retired from MMA in 2012 after a 2-3 run with the UFC.

Ishiwatari, also 29, will look to add Brookins’ name to his résumé as the Japanese fighter continues to hunt for an Octagon opportunity. The Osaka native has won nine of 10 bouts in the last two years, with the only loss in that stretch coming at the hands of current UFC prospect Kyoji Horiguchi.