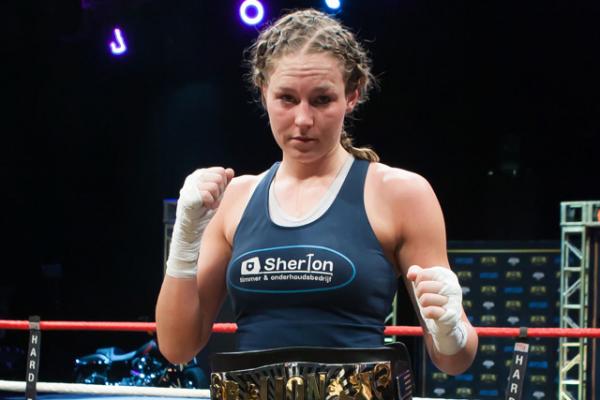 Lion Fight women’s welterweight champion Jorina Baars will defend her title against Casey Bohrman in the main event on Lion Fight 20 on Feb. 20.

The promotion announced the bout Tuesday via press release. The card will emanate from Foxwoods Resort and Casino in Ledyard, Conn. and will also feature Chris Mauceri taking on Sittisak in the co-main event.

Baars (36-0) was last in action at Lion Fight 14, where she defeated Cristiane "Cyborg" Justino via unanimous decision in her first fight on American soil. Baars also has competed as a mixed martial artist, losing three of four professional bouts. Her upcoming fight against Bohrman will serve as the first time the promotion’s welterweight title has been defended.

Bohrman (8-5) is no stranger to being an underdog and fighting tough opponents, as she has already competed against arguably the best female muay Thai fighter in the world, Germaine de Randamie. The Pennsylvania native is a Shin Do Kumate middleweight champion, as well as a United States Kickboxing Alliance middleweight champion

The AXS TV portion of the card will also feature Jason Andrada against John Nofer, Tom Evans battling Julio Pena, Tim Amorim versus Bryce Lawrence, and Gaston Bolanos against a fighter who will be named at a later date.
« Previous Video Highlights: Lion Fight 19 Next Former NBA Player Darko Milicic Loses Kickboxing Debut Due to Huge Gash on Shin »