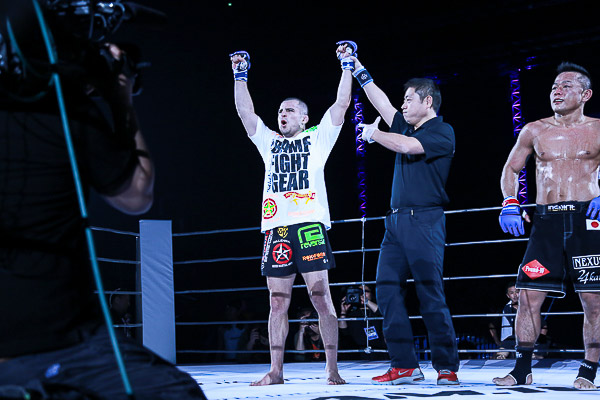 “I know Lance is a very good wrestler, a Division I wrestler,” Karakhanyan told the Sherdog Radio Network’s “Beatdown” show. “I think [he’s] a four-time All-American or something like that. … He took on some good names his last two fights, Fredson Paixao and Jared Downing, but I don’t think he’s fought anyone the caliber of fighter as myself.”

Palmer was indeed a four-time All-American at Ohio State University. He’s also 7-0 in MMA, but he’ll be facing a step up in competition when he meets the more experienced Karakhanyan. The bout will crown the first WSOF featherweight champion.

“Going into this fight is just like any other fight,” Karakhanyan said. “I don’t underestimate him. I just take the fight really seriously. With any fight, any opportunity I get, I’m going to go for a finish. If the finish is not there, I’m going to grind him out and win the decision.”

Although Karakhanyan has made a point not to focus too much on Palmer’s wrestling skills, he did prepare for the bout with 2011 NCAA champion wrestler Bubba Jenkins.

“He showed me some stuff that I can use on Lance because Bubba wrestled him in the past I think like eight, nine times,” Karakhanyan said. “Going with Bubba gives me a lot of confidence to wrestle anybody, to wrestle any Division I wrestler because Bubba is very athletic and he’s a great wrestler.”

Karakhanyan will need his wrestling defense to be on, but also he plans on attacking. His strategy is to make it an MMA fight.

Listen to the full interview (beginning at 28:11).