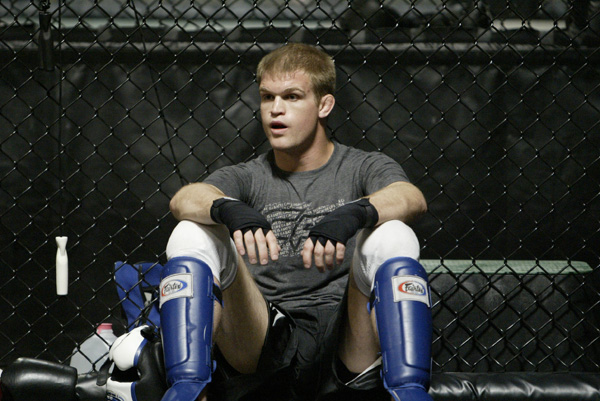 Evan Dunham and T.J. Grant are slated to square off in a lightweight bout at UFC 152, according to promotion officials, who recently revealed the booking in a press release.

Dunham, 30, has compiled a 6-2 record since joining the UFC in 2009. Following consecutive wins over Per Eklund, Marcus Aurelio, Efrain Escudero and Tyson Griffin, Dunham suffered the first setback of his career in a contentious split decision defeat to former champion Sean Sherk in 2010 and was subsequently knocked out by hard-hitting Melvin Guillard to kick off 2011. The Oregon native rebounded with a pair of victories, however, cruising to a unanimous decision over “TUF 13” alum Shamar Bailey last September before earning a technical knockout on Jan. 28 over durable Minnesotan Nik Lentz at UFC on Fox 2. Dunham was expected to return to the cage at UFC 146 in May but was forced to withdraw from his bout with Edson Barboza due to injury.

Grant, meanwhile, also rides back-to-back victories heading into his ninth UFC appearance. Formerly competing at welterweight, the Nova Scotia native has been perfect since dropping to 155 pounds, besting former WEC standout Shane Roller last October at UFC Live 6 before outpointing veteran Carlo Prater on May 15 at UFC on Fuel TV 3. Known for his formidable ground game, the 28-year-old has submitted 13 of his 18 conquered foes and has been finished just once in 23 pro fights.