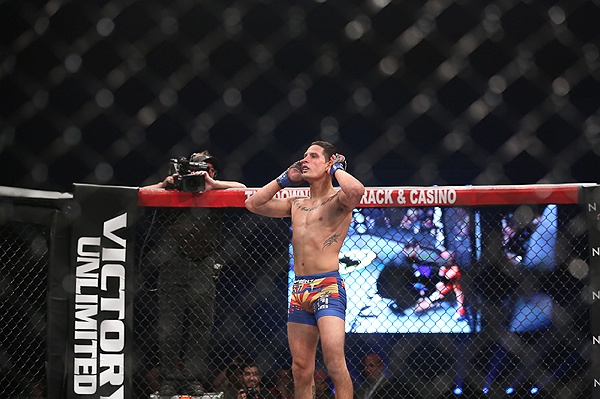 Anthony Birchak could be in the main event MFC -- if fans vote him there. | Wilson Fox/Sherdog.com


Three title fights will take place at MFC 40, and Maximum Fighting Championship fans have been charged with determining which of them will serve as the main event.

MFC officials Tuesday announced that the Canadian organization is relaunching the “Punch the Vote” campaign, in which fans can vote for their preferred bout via Twitter. MFC 40 “Crowned Kings” takes place May 9 at Shaw Conference Centre in Edmonton, Alberta, and airs live on AXS TV.

The MFC bantamweight, lightweight and middleweight titles will be on the line, as Anthony Birchak, Tom Gallicchio and Sam Alvey take on Kevin Croom, Kurt Southern and Wes Swofford, respectively.

“Punch the Vote” begins today and runs through May 2. Further instructions on how to participate are available at MaximumFighting.com.