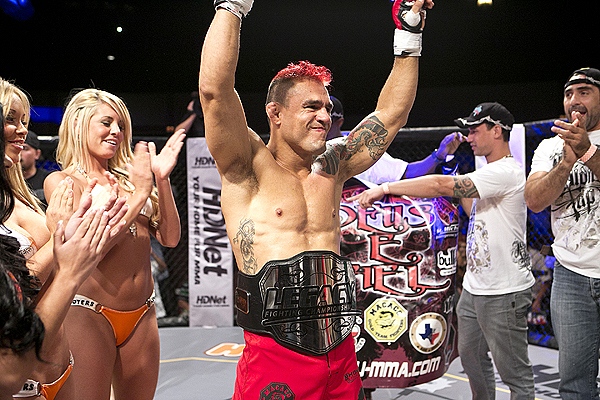 Patino, 40, captured the LFC lightweight belt last year and successfully defended the gold this past March, when he submitted Derrick Krantz with a guillotine choke at LFC 18. “Macaco” also holds the Texas-based organization’s welterweight strap and owns 24 of his 34 career victories by either knockout or submission.

Ferreira, 28, made his promotional debut this past May at LFC 20, when he outpointed former WEC welterweight title contender Carlo Prater. The eight-fight pro then returned to the Legacy cage on Oct. 11, taking a unanimous decision from Chris Feist at LFC 24.

Cejudo has yet to experience defeat as a mixed martial artist and already owns five victories after beginning his fighting career this past March. The 26-year-old freestyle wrestling ace made his Legacy debut earlier this month at LFC 24, taking a unanimous decision from local talent Ryan Hollis.

DeLeon is an alumnus of both Bellator and Strikeforce but rides a four-fight losing streak into his meeting with the Olympic champion. After beginning his career 6-1, DeLeon dropped decisions to Nate Garza, Chad Robichaux and Jimmy Flick (twice), bringing his professional ledger to 6-5.