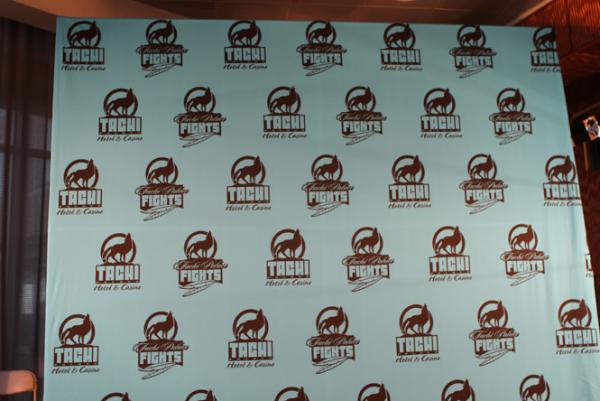 Tachi Palace Fights has featured some of the best young MMA fighters in the lighter weight divisions, and it’s possible that the promotion will go even lighter in the future.

Ahead of TPF 15, which takes place Thursday in Lemoore, Calif., and will stream live on Sherdog.com, matchmaker Richard Goodman joined the Sherdog Radio Network’s “Beatdown” show to discuss the card, a potential 115-pound division and more.

On whether up-and-comer Andre Fili, who fights Enoch Wilson, will move on to a bigger promotion soon: “I believe if he wins this fight, I don’t think I’ll see him next year on my show. I would be willing to almost bet my house on that. The kid’s got super potential, super talent. He’s young. I think he’s 22, 23 years old. He’s got a good chin, good striking. He’s working on his ground game as we speak. He’s got all the star qualities that you see from the guys that have come out of our area like Michael McDonald and those guys, Chad Mendes. He’s definitely got all those characteristics that these guys have got. I’m excited for the kid, and he’s facing Enoch Wilson, who’s a crafty veteran. It’s going to be a good test for him, I think.”

On who could replace Fili as a good young talent if he leaves: “That’s a tough one. That’s a tough shoe to fill. We still have Georgi [Karakhanyan] as the champ, so we’ll see how much longer he lasts as well. Anthony Avila is definitely someone who’s got potential. He’s got good work ethic. I think he’s 9-1 now too, I believe. I think he’s another guy that could step in and start stepping up and facing that competition and making it as well.”

On Alex Perez, who fights Carlos DeSoto: “I think he could be spectacular because he could actually make 125. With his size and his wrestling and his toughness just from being in the sport and around the sport for so long, I really think he has the potential. It’s just a matter of getting to the right camp, is what my opinion is. … He’s got the look too. He’s a good-looking kid. He’s got good athletic ability. He’s lanky, but he’s strong for his weight class and he’s tough. He’s shown toughness. I really think it’s just a matter of getting him in the right situation. With school it’s kind of tough, but once he’s done with that, I think if we got him in the right program, he could definitely excel and make a long career out of it.”

On which divisions TPF will promote in the future: “It’s always going to be in the smaller weight classes, in my opinion. I would like to get some heavyweights going, but there’s so many competitions and so many fighters going so early now to other shows. I’m not going to go into biding wars with individuals. But I think between 125 and 145, that’s really where the key area is in this state as far as potential talent. I’m probably going to stick in that neighborhood, in the lower weight classes just because of the fact we have so many good fighters -- Rolando Velasco and these other guys that are around here -- that are going to be coming up. Ian Loveland’s a great champion. I’m sure we’re going to do some more 125 next year. [Darrell Montague] is not gone yet. We’ll see how everything goes in Japan first. I still have him under contract.”

On whether TPF could promote a 115-pound division: “I really do think it’s possible. There’s a lot of good fighters out there at 125, guys like Rambaa Somdet and stuff that actually fight at 115 in Japan. The only problem with that is I’m going to have to import so many individuals to focus on that weight class, which we can do, but then I’m taking away from the local opportunities as well. It’s something that I would definitely consider. If I could put a little four-man tournament together in that sense, I would definitely consider that as an option for 2013, but we’ll see how far that weight class can go.”