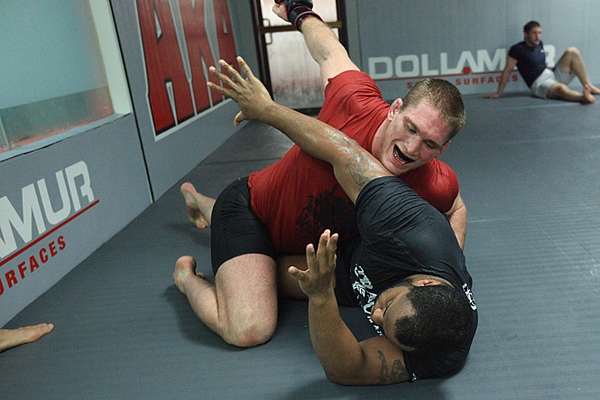 The following month, the India-based promotion will visit Chennai, where ex-UFC talents Rameau Thierry Sokoudjou and Trevor Prangley will collide in the main event of SFL 5. Following that Oct. 6 event, the promotion will hold two more shows to cap off the year, as Hyderabad hosts SFL 6 in November before the organization wraps 2012 in December with SFL 7 in Mumbai.

Monson, 41, has won three of his last four, most recently submitting Denis Komkin last week at M-1 Global “Fedor vs. Rizzo.” A two-time ADCC champion, “The Snowman” has been stopped just four times in 60 career outings and has finished 28 of 46 victims by submission.

Duffee, 26, was regarded by many as a top heavyweight prospect before he was upset in May 2010 by Mike Russow at UFC 114. A loss to Alistair Overeem would follow in December of that year, but Duffee righted his ship in his SFL debut 15 months later, knocking out Bellator veteran Neil Grove in 34 seconds on April 7.

Sokoudjou saw a three-fight winning streak snapped by a two-fight skid to close out last year, as “The African Assassin” was outpointed by Ryan Jimmo in a failed October bid to capture the MFC light heavyweight crown before relinquishing his KSW title to Jan Blachowicz in their Nov. 26 rematch in Lodz, Poland.

An 11-year pro, Prangley reenters the SFL cage riding a two-fight winning streak. After losing four times in five outings from 2010 to 2011, the 39-year-old has been perfect thus far in 2012, knocking out Baga Agaev on May 6 before submitting George Stork just 11 days later under the King of the Cage banner.