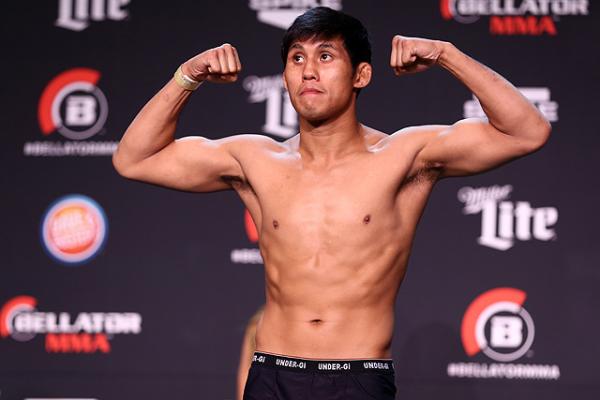 Nam Phan is 2-0 in Japan since his release from the UFC. | Photo: Dave Mandel/Sherdog.com


UFC veteran Nam Phan will vie for the Pancrase featherweight title on Feb. 1 when he meets reigning champion Takumi Nakayama in a scheduled three-round affair.

The Japanese organization announced on Wednesday that Phan and Nakayama will headline Pancrase 264, which takes place at Differ Ariake arena in Tokyo.

Another former UFC fighter, Singapore-based American Will Chope, will make his Pancrase debut on the same card against Japanese featherweight Satoshi Inaba. The event will also see the launch of a four-man tournament to determine Pancrase’s inaugural champion at 115 pounds -- a division the promotion has dubbed “light flyweight” -- as Masakazu Utsugi takes on Yoshihiro Matsunaga and former flyweight contender Takuya Eizumi meets an opponent to be determined.

Phan, 31, suffered a 46-second knockout loss to Mike Richman on Nov. 15 at Bellator 131. Prior to that defeat, Phan had picked up a pair of victories in Japan, including an Oct. 5 submission win over Yuki Baba which earned the Californian his shot at the Pancrase title.

His opponent, 41-year-old Nakayama, has experienced a late-career resurgence after years of facing tough opposition in Japan and abroad. The “Japanese Ironman” holds a 6-1-2 record over the last four years, his only loss in that span coming against Chope in October 2013.