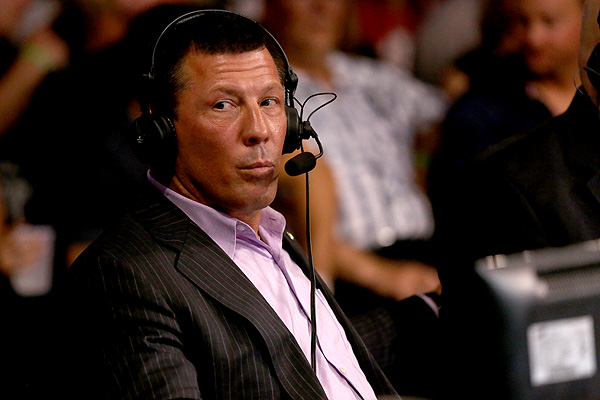 Pat Miletich has no doubt about Daniel Cormier’s ability.

In an interview with the Sherdog Radio Network’s “Beatdown” show, the former UFC champion and current AXS TV color commentator discussed Cormier’s win Saturday over Patrick Cummins, his potential in the light heavyweight and heavyweight divisions and more.

On Cormier’s victory over Cummins: “Obviously Cummins was not ready for that fight. Anybody who knew the game knew he wasn’t, but that was a situation where they had to feed [Cormier] somebody because nobody else wanted that fight. I guarantee it. That’s just the way it is -- nobody wants to fight Daniel Cormier. Everybody laughed at me when he was a last-minute replacement for the Strikeforce heavyweight grand prix, when I said he was going to kill Bigfoot Silva and then beat Josh Barnett.”

On whether Cormier is ready to challenge the winner between Jon Jones and Glover Teixeira: “I think he is. I’m sure we’re going to see him fight somebody else before that and really truly legitimize himself [against] whoever it is that he fights, a Gustafsson or somebody like that, which would be a great measuring stick obviously. Gustafsson’s a very, very tough guy. But I think we’re going to see one more fight out of Daniel before he ends up fighting the winner of that fight.”

On Cormier’s evolution: “He’s a little bit older. He started later than a lot of people did, but [he wrestled] at a high level. And being a guy of his athletic prowess and stuff -- and he’s a very bright guy -- he picks up the striking part of the game very well and the submission game. He’s done really well with all that stuff. Obviously anybody can improve, but I think he’s picked it up faster than most people I’ve ever seen.”