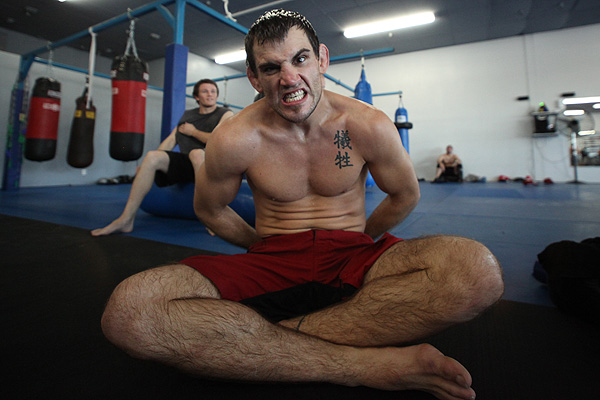 While his style hasn’t always pleased the masses, Jon Fitch’s extended track record of success has made him a Top-10 welterweight in the UFC for years.

The former Purdue Boilermaker was at the peak of his powers in 2008, as an eight-fight winning streak to begin his UFC career earned Fitch a shot at welterweight king Georges St. Pierre at UFC 87. Fitch didn’t capture the title that night, but the story of how the American Kickboxing Academy standout nearly reached the pinnacle of the sport is captured in the recently released documentary, “Such Great Heights.”

With Fitch as its central character, the film -- directed by Jonah Tulis and produced by Tulis, Philip Frank and Jesse Osher -- takes an in-depth look at the welterweight contender’s life as it was both inside and out of the cage some four years ago. Plenty of other AKA staples such as Bob Cook, Javier Mendez, Dave Camarillo, Cain Velasquez, Josh Thomson and Josh Koscheck make appearances along the way as Fitch prepared for the biggest bout of his career.

Although “Such Great Heights” was unable to secure rights to show clips from Fitch’s fight with St. Pierre, the film features plenty of backstage footage leading up to and after the bout. The documentary is currently available through iTunes and On Demand in the United States and Canada. The film’s Facebook page promises that a DVD will be released “soon” as well.

Thus far, “Such Great Heights” appears to be well received since its Tuesday release.

“Getting lots of great feedback from people finally seeing ‘Such Great Heights,’” Fitch recently tweeted. “Make sure to see it yourself.”