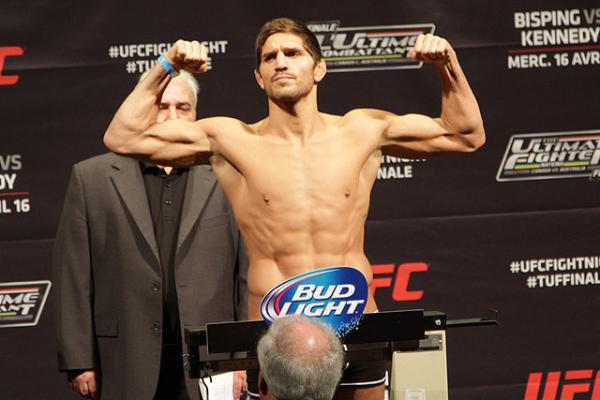 Patrick Cote is in the midst of his third UFC stint. | Jeff Miller/Sherdog.com


Welterweights Patrick Cote and Stephen Thompson have agreed to meet at UFC 178, according to a Sunday report from the Canadian Press.

The pair will reportedly do battle Sept. 27 in Las Vegas, supporting a main event rematch between UFC light heavyweight champion Jon Jones and challenger Alexander Gustafsson. A venue has yet to be announced for the pay-per-view card, which was originally expected to take place in Toronto.

Cote, 34, has gone 3-1 since rejoining the UFC for his third stint in 2012. The Canadian “Predator” competed just once in 2013, earning a unanimous decision over Bobby Voelker, and returned in April to notch a decision win against “The Ultimate Fighter Nations” coaching rival Kyle Noke.

Kickboxing convert Thompson holds a 4-1 record inside the Octagon, with his only loss coming via decision against hard-hitting contender Matt Brown. Most recently, the 31-year-old “Wonderboy” stopped Australian talent Robert Whittaker with first-round punches at UFC 170 in February.