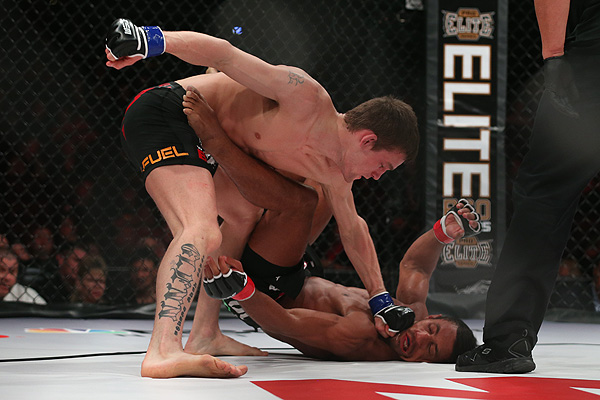 Rick Glenn has pulled out of WSOF 7. | Dave Mandel/Sherdog.com


Rick Glenn has withdrawn from his World Series of Fighting featherweight title bout against Georgi Karakhanyan on Dec. 7.

WSOF officials recently informed Sherdog.com of the news, although reasons for Glenn’s withdrawal were undisclosed. Promotion officials hope to find a new opponent for Karkhanyan in the coming weeks.

WSOF 7 takes place at PNE Agrodome in Vancouver, British Columbia, and is headlined by a light heavyweight tilt between Anthony Johnson and Mike Kyle. The main card airs on NBC Sports, while the prelims stream immediately prior on Sherdog.com.

Glenn has won 11 of his last 12 bouts, including triumphs over Alexandre Pimentel and Artur Rofi under the WSOF banner in 2013. The 24-year-old Roufusport product has earned 12 of his 14 career triumphs by knockout, technical knockout or submission.

Karakhanyan, 28, has won eight straight fights since leaving Bellator in 2011. He captured the Tachi Palace featherweight crown in December 2011 by defeating Isaac DeJesus and successfully defended it against Micah Miller at TPF 14. “Insane” was victorious in his WSOF debut, submitting Waylon Lowe with a guillotine choke in September.