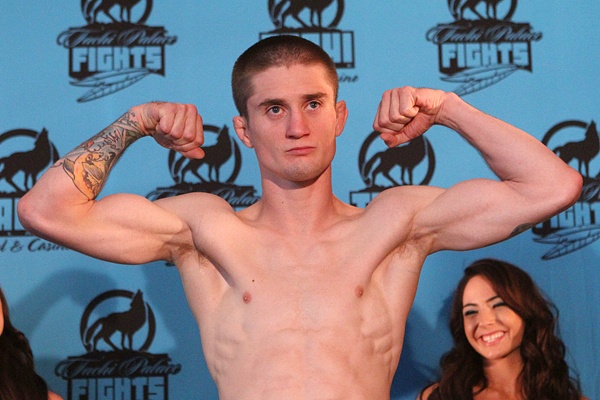 Loveland has won nine of his last 11 starts and enters the bout on the heels of two sizzling knockout victories. Since his 1-2 run in the UFC, the 29-year-old “Barn Owl” has captured the vacant TPF 135-pound strap by defeating Alexander Crispim in May, and defended it against Casey Olson in September. The Sports Lab representative has recorded finishes in 14 of his 16 professional wins.

A training partner of Kid Yamamoto at Tokyo’s Krazy Bee gym, 22-year-old Horiguchi has lost just once in nine pro outings, with that blemish coming in a January decision against Bellator vet Masakatsu Ueda. The 2010 Shooto rookie champ has rebounded with a March stoppage of established grappler Tetsu Suzuki and a July outpointing of Pancrase’s Manabu Inoue.

Held annually from 1994 to 1999, the Vale Tudo Japan series has featured a host of notable names, including Randy Couture, Frank Shamrock, Rickson Gracie and Takanori Gomi. The series was resurrected in 2009 and featured Gomi’s final appearance before signing with the UFC.