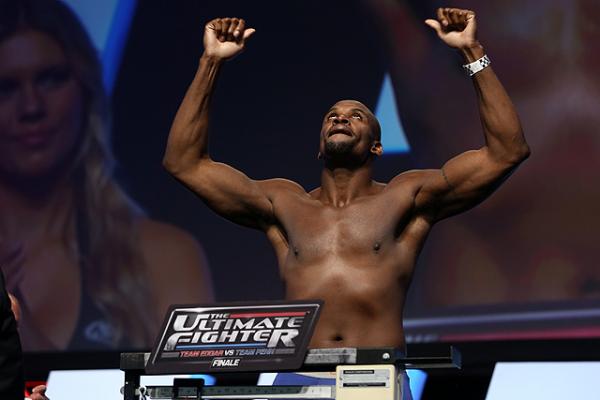 
Eddie Gordon has been released from the UFC following a three-fight losing streak.

“The Ultimate Fighter 19” winner announced the news via Facebook on Friday.

“Just got news from the UFC I will be released,” Gordon wrote. “Just want to thank my friends, family, fans, [Dana White] and everyone at UFC for [great] opportunities. 170-pound division is safe for now. I’ll be back now doubt about it; looking forward to the next chapter of this best seller.”

A product of the Serra-Longo Fight Team, Gordon made his Octagon debut at the “TUF 19” finale, where he knocked out Dhiego Lima in just 71 seconds. “Truck” then lost consecutive bouts to Josh Samman, Chris Dempsey and Antonio Carlos Jr. All four of Gordon’s UFC fights took place at middleweight, but based on his post it appears that he is planning a move to welterweight in the near future.

The 32-year-old Gordon is 7-4 as a professional overall, including a 5-1 stint in the Ring of Combat promotion.