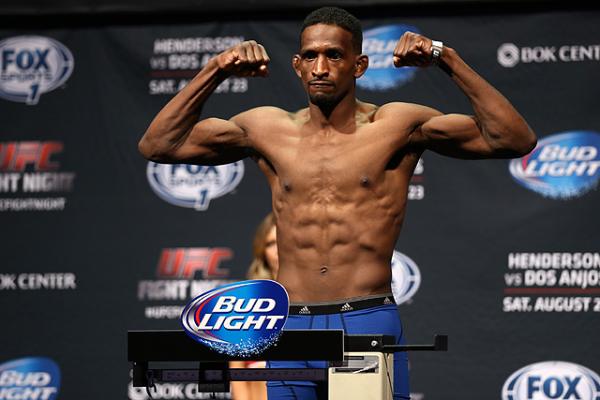 
The UFC 179 bill continues to grow, as the Las Vegas-based promotion has added a pair of bouts to the Oct. 25 card.

The UFC’s Brazilian branch announced on Wednesday that Neil Magny will face William Macario in a welterweight clash, while Fabricio Camoes will square off against Josh Shockley at lightweight. UFC 179 takes place at the Maracanazinho Gymnasium in Rio de Janeiro and is headlined by a featherweight title rematch between Jose Aldo and Chad Mendes.

Magny will attempt to move to 5-0 in 2014 with a win over Macario. The Grudge Training Center product already owns victories against Gasam Umalatov, Tim Means, Rodrigo Goiana de Lima and Alex Garcia this year.

A finalist on Season 2 of “The Ultimate Fighter: Brazil,” Macario captured his first Octagon triumph with a three-round verdict over Bobby Voelker at UFC 168 in December. It was the first time the Brazilian had gone the distance in victory.

Camoes will look to halt a two-bout skid after falling to Melvin Guillard and Jim Miller in his last two outings. Camoes was expected to face Gray Maynard at UFC Fight Night in Bangor, but the 35-year-old Brazilian was pulled from the card when “The Bully” stepped in to face Ross Pearson.

Shockley, meanwhile, debuted at UFC 174, where he suffered a first-round technical knockout loss to Jason Saggo. The Duneland Vale Tudo representative posted a 2-2 mark during a brief tenure with Bellator MMA.