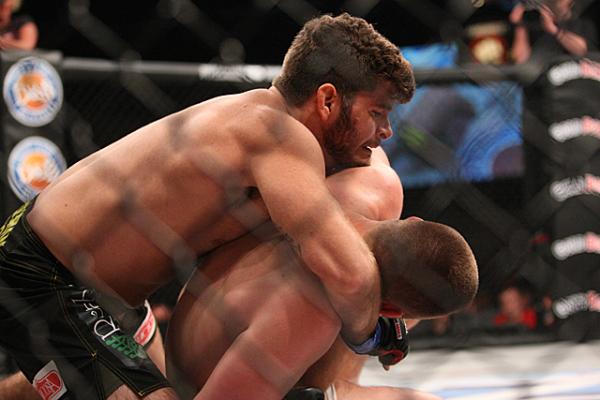 The unbeaten Lins submitted Heidlage with a standing rear-naked choke in their 2014 Bellator MMA Summer Series light heavyweight tournament quarterfinal at Bellator 121 on Friday at the Winstar World Casino in Thackerville, Okla. Heidlage (7-1, 0-1 Bellator) bowed out 2:45 into round one.

Lins (9-0, 2-0 Bellator) struck for a trip takedown, shifted to the American’s back and locked in a body triangle. He then softened the upright Heidlage with punches, slipped his arms into position for the squeeze and sealed the deal.


Pride Fighting Championships and EliteXC alum James Thompson put away Eric Prindle with first-round punches in a featured heavyweight match. Prindle (8-6, 3-5 Bellator) succumbed to the blows 1:55 into round one, losing for the fifth time in six fights.

Thompson (20-14, 1-0 Bellator) secured a takedown against the fence inside the first 20 seconds and went to work, passing to side control. From there, he dropped punches to the head and knees to the back of the monstrous Prindle, forcing him into a defensive shell. A volley of unanswered lefts brought it to a close.

The 35-year-old Thompson has rattled off four straight wins, three of them finishes.


Team Quest’s Rameau Thierry Sokoudjou submitted an overmatched Terry Davinney with a first-round rear-naked choke in a light heavyweight showcase. Davinney (10-8, 0-1 Bellator) conceded defeat 4:16 into round one, as he suffered his third consecutive setback.

Sokoudjou (15-12, 1-0 Bellator) worked over his adversary on the ground and unloaded with clubbing rights and lefts from a kneeling, semi-mounted position. Davinney was defenseless. Sokoudjou eventually moved to full mount before transitioning to the Team Shoot export’s back, sinking the palm-to-palm choke for the tapout.

The submission was the first of Sokoudjou’s 27-fight career.

Eduardo (11-4, 1-2 Bellator) was effective with takedowns and positional control -- he transitioned to the back and briefly achieved full mount -- in the first round, but the finish he desired never presented itself. Valavicius took over in the second and third frames, unleashing straight punching combinations to the head while mixing in knees and kicks to the body and legs. The aforementioned cut to his right brow was not a factor in the outcome.

The 35-year-old Valavicius has won nine of his past 10 bouts. 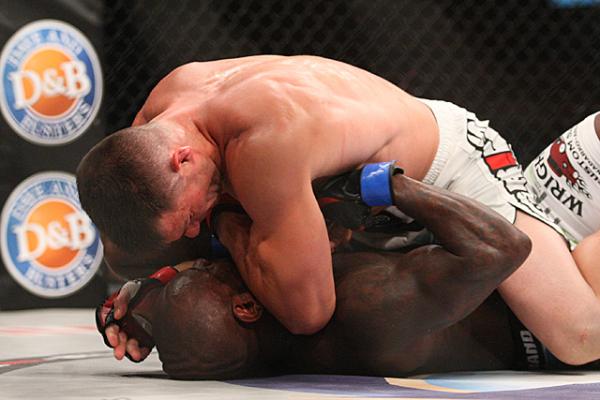