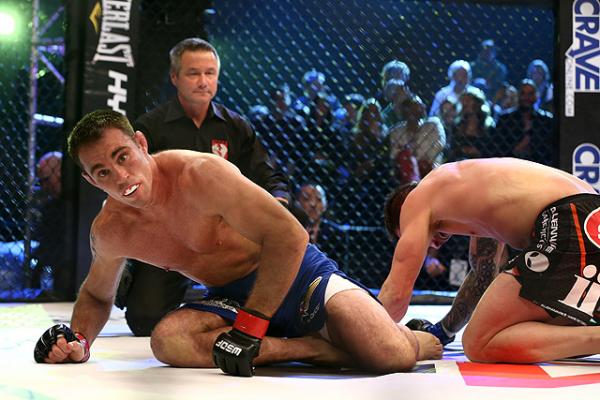 
Strikeforce and Ultimate Fighting Championship veteran Jake Shields earned the biggest salary at WSOF 17 in his second appearance with the promotion, taking home $65,000 for his first-round submission win against Brian Foster ($15,000).

The Nevada Athletic Commission recently released salary information from the event to Sherdog.com. WSOF 17 took place at Planet Hollywood Resort and Casino in Las Vegas and also saw Joe Condon garner $3,000 for his upset win over Johnny Nunez ($4,000) in the co-main event.

Bryson Hansen was the card’s other high earner, as he pocketed $8,000 for his unanimous decision defeat of Rudy Morales ($3,000) in a featured main card bout.

Note: The disclosed purses reported by state athletic commissions do not include any performance-based or discretionary bonuses that may be awarded to a fighter by the promotion. Additionally, the reported figures do not reflect any deductions made by the commission for taxes, insurance, etc., and do not include any sponsorship money that a fighter may acquire for their performance.