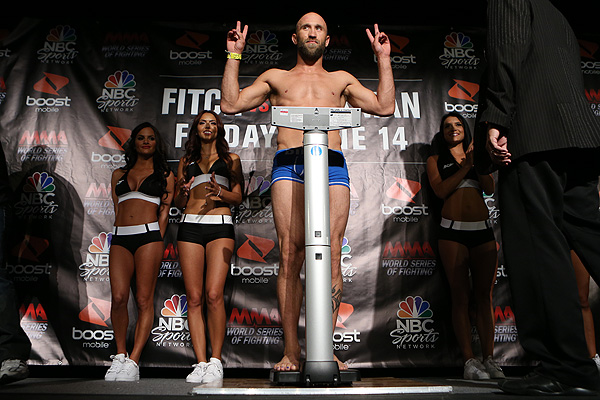 The World Series of Fighting will debut in the Sunshine State on Oct. 26, when the organization holds WSOF 6 at the BankUnited Center in Coral Gables, Fla.

The event airs live on NBC Sports Network and is headlined by a welterweight title showdown between Josh Burkman and Steve Carl. The event will also showcase a bantamweight co-headliner pitting Carson Beebe against Marlon Moraes, while Justin Gaethje and Dan Lauzon square off at 155 pounds. The WSOF 6 undercard will stream live and free of charge on Sherdog.com.

Burkman has been on a tear since departing the UFC in 2008, winning eight of his last nine fights and picking up victories over the likes of Gerald Harris, Jordan Smith and Aaron Simpson. “The People’s Warrior” last competed on June 14, when he avenged a 2006 defeat to Jon Fitch by putting the former top-five talent to sleep with a guillotine choke just 41 seconds into their WSOF 3 meeting.

Carl, meanwhile, has finished his last six opponents by submission, tapping his last four foes with rear-naked chokes. The 28-year-old debuted with the WSOF last year, finishing Ramico Blackmon at the promotion’s debut event before doing the same to Canadian talent Tyson Steele at WSOF 3 this past June.