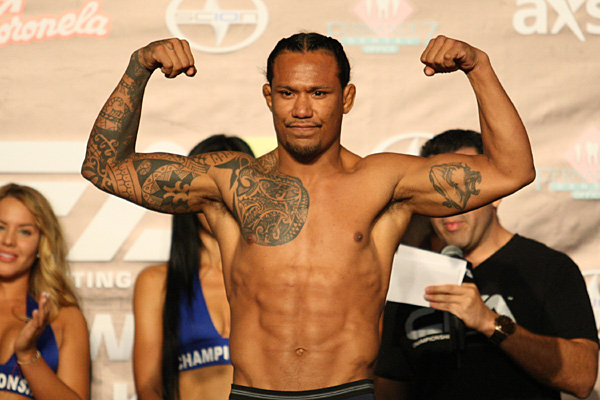 Luis Palomino is one of three new additions to the WSOF roster. | Keith Mills/Sherdog.com


The World Series of Fighting has added a trio of fighters to its roster.

The Las Vegas-based promotion announced on Wednesday the signings of Razak Al-Hassan, Luis Palomino and Kelvin Tiller to exclusive, multi-bout contracts. All three are expected to make their promotional debuts sometime in 2014.

A two-time UFC competitor, Al-Hassan returned to the cage for the first time in nearly two years this past August, when he earned a first-round submission victory over Tim Chemelli at AFC 17 “Anarchy.” A black belt in tae kwon do, “Razor” has earned 11 of 12 professional victories via knockout or submission. The Red Schafer MMA product fell to Kyle Kingsbury and Steve Cantwell in his only two Octagon appearances.

Palomino is a 30-fight veteran whose last outings have come under the Championship Fighting Alliance banner. “Baboon” is 1-2 thus far in 2013, with a victory over Robert Washington sandwiched between losses to Luiz Firmino and Efrain Escudero. The 33-year-old lightweight owns notable victories over Gesias Cavalcante, Charles Bennett, Daron Cruickshank and Jorge Masvidal, to name a few.

Tiller, 23, is unbeaten in six pro outings, including three with Bellator MMA. The Topeka, Kan., native has finished four of his wins by submission and one by technical knockout. Most recently, “The Mama’s Boy” tapped Chris Henning with a first-round rear-naked choke in June.