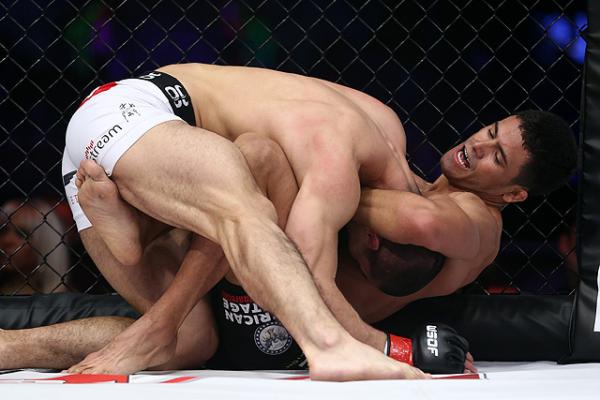 A lightweight co-main event between Brian Cobb and Jonathan Nunez will serve as a lead-in to the headlining welterweight bout between Jake Shields and Brian Foster on Jan. 17 at Planet Hollywood Resort and Casino in Las Vegas.

Cobb, 34, will look to rebound from a June 2013 loss in which he was chopped down by leg kicks from current WSOF lightweight champ Justin Gaethje. The 28-fight veteran made his WSOF debut in November 2012 and earned a split decision against fellow ex-UFC talent Ronys Torres.

Unbeaten at 5-0, the Las Vegas-based Nunez will take a step up in competition against his most experienced opponent to date. “Johnny Boy” impressed in his March 2014 promotional premiere by outpointing one of the organization’s top 155-pound prospects, Ozzy Dugulubgov, in a three-round split decision.

Also set for the main card is a middleweight matchup featuring Bulgarian bruiser Krasimir Mladenov against fellow unbeaten Brendan Kornberger. Bantamweights Bryson Hansen and Rudy Morales will do battle, while welterweights Danny Davis Jr. and Adam Cella will open the televised portion of the card.