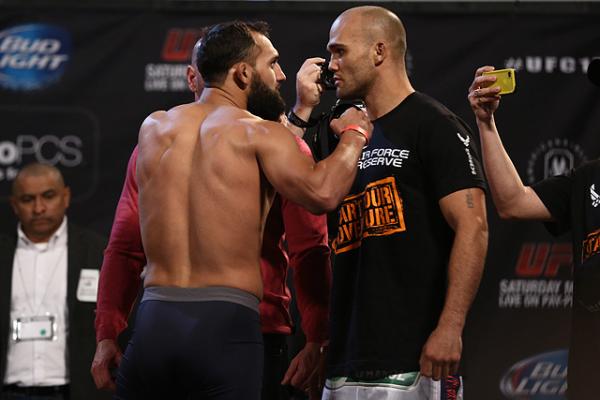 
After the somewhat underwhelming offerings of UFC 179 and UFC 180, the Ultimate Fighting Championship’s pay-per-view product returns with a stacked card at UFC 181 on Saturday at the Mandalay Bay Events Center in Las Vegas. This is about as good as a UFC card in 2014 gets, and it is well worth the consumer’s time and money.

Two title fights headline the lineup, with Johny Hendricks and Robbie Lawler once again doing battle for the welterweight strap in a rematch of the possible “Fight of the Year” atop the card. In the co-main event, lightweight champion and potential breakout star Anthony Pettis takes on former Strikeforce titleholder Gilbert Melendez in a fantastic bout between two of the best at 155 pounds. The rest of the card is sprinkled with excellent fighters in action matchups, including perennial contender Urijah Faber, Travis Browne and Tony Ferguson.

Let us take a look at each individual matchup: 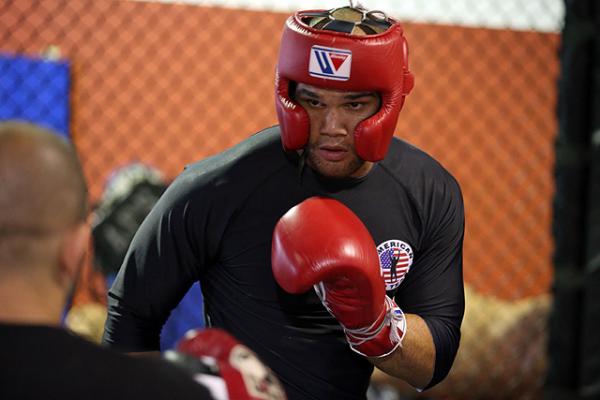 THE MATCHUP: One of the very best and closest fights of 2014 gets the sequel it deserves as champion Hendricks returns from injury to take on the once-again-surging Lawler. The veteran followed his razor-thin loss to Hendricks by dismantling Jake Ellenberger and beating up Matt Brown to cement his status as the top contender at 170 pounds. Their first fight was a back-and-forth war, and it is hard to imagine the rematch being any less compelling.

The champion’s game has improved in each and every outing over the last several years. He is still essentially a puncher with incredible takedown skills, but the basic mechanics behind his punches have improved to the point where he is getting his full weight into his shots and no longer reaching with his strikes. This makes his punches more energy-efficient (meaning he can work at pace later into the fight), more accurate due to the fact that his feet are more likely to be under him and easier to string into combinations, all the while maintaining his trademark power. Additionally, he has added a nifty low-kicking game that he sets up with punches and a fantastic counter knee as opponents change levels for a takedown or attempt to circle into his power hand at close range. Hendricks is also an outstanding infighter who makes excellent use of the single-collar tie to land hooks and uppercuts at close range, and he throws vicious knees in the clinch. The four-time NCAA All-American remains a tremendous wrestler with a fondness for the double-leg and authoritative finishes on his takedowns. He uses his wrestling less for extended periods of top control than to keep an opponent guessing and break his rhythm on the feet, much in the way a Thai fighter uses dumps and throws in the clinch. Although he is a solid grappler, Hendricks mainly uses his top game for brief periods to cement a close round.

Lawler has metamorphosed from a one-note puncher into a high-output, diverse and ever more venomous striker. Where he used to wing vicious single punches in the pocket and hope for the best, Lawler now throws consistent-enough volume to win decisions and sets up his power punches with a crisp jab. He has also developed a more effective kicking game and uses the threat of his left hand to draw his opponent’s hands and head out of position to successfully land his left kick to the body and up top. The most salient fact of Lawler’s transformation, however, is his newfound ability to find and set a rhythm in the pocket. His defense is crisp and makes it difficult to land a clean shot, and he seamlessly combines his head movement and parries with his counters. Like most high-level strikers, he changes speeds beautifully, tapping away with jabs and half-speed hooks before loading up and ripping a go-to-sleep power overhand or uppercut. Lawler’s takedown defense and scrambling have also improved from his time in Strikeforce, as he sprawls quickly and has a knack for delivering brutal punches in transition. On his back, he generally goes straight to butterfly guard and attempts to create space to get back to his feet.

THE PICK: The fact that both Hendricks and Lawler were content to spend their entire first encounter inside the pocket was what made it such an amazing fight, and I see little reason to assume that will change for the rematch. The questions then center on how much Hendricks has improved during his time away and, more importantly, whether Lawler will be more willing to utilize the kicking game that he neglected during the first matchup. Without those kicks, Hendricks owned the fringes of striking range and wore down Lawler’s base over the course of the fight, which was largely what allowed him to win the decisive fifth round. Both Hendricks and Lawler are crafty fighters with smart coaches, and one assumes they will both make adjustments. However, I think Hendricks’ learning curve, wrestling and commitment to an attrition-based game plan will allow him to take another close decision in another thrilling fight.