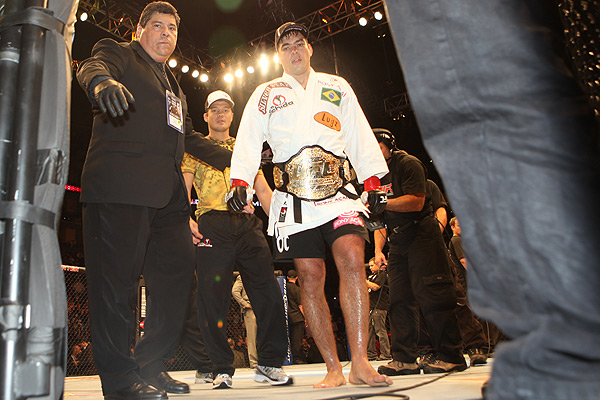 
While the home folks undoubtedly disappointed that Michael Bisping was unable to headline UFC Fight Night 30 on Saturday at the Phones 4U Arena in his native Manchester, England, the Ultimate Fighting Championship did an admirable job finding a marquee fill-in to face Mark Munoz. Sure, the crowd may not be as emotionally invested in a Munoz-Lyoto Machida showdown, but the bout remains significant in the middleweight division.

After a long run as one the sport’s top light heavyweights, Machida will look to make a statement in his first 185-pound appearance. Meanwhile, Munoz was impressive in dispatching Tim Boetsch at UFC 162 following a year away from the Octagon. Prior to his devastating loss to Chris Weidman at UFC on Fuel TV 4, “The Filipino Wrecking Machine” had designs on middleweight gold. An emphatic win could propel either man into the title discussion.

Here is a closer look at the UFC Fight Night 30 card, with analysis and picks: 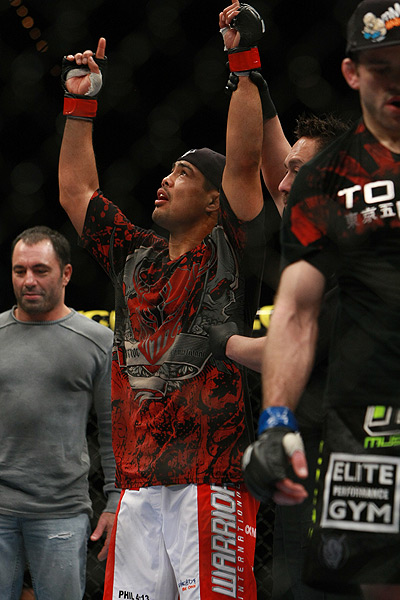 Photo: D. Mandel/Sherdog.com
Munoz has won five of six.
The Matchup: Although British fans lost the opportunity to see one of their own compete when “The Count” was forced to withdraw due to an eye injury, they have received a pretty solid alternative pairing.

A perennial contender at light heavyweight, Machida elected to make the move to 185 pounds after a controversial loss to Phil Davis at UFC 163. Despite largely negating the wrestling of the four-time NCAA All-American and countering effectively throughout their bout, late takedowns helped Davis steal a victory from the former UFC champion. As maddening as Machida’s style can be to decipher for opponents, it can also make life difficult for cageside judges. “The Dragon” was originally set to make his middleweight debut against Tim Kennedy at UFC Fight Night 31, but Bisping’s injury necessitated a change in plans.

“The Filipino Wrecking Machine” made a triumphant return to the cage in July, relying on takedowns and his trademark “Donkey Kong” ground-and-pound to earn a dominant decision over Tim Boetsch at UFC 162.

After a year on the sidelines spent battling injury and depression, the Reign MMA representative deserves to feel good about his efforts. However, while Munoz was initially paired against an accurate boxer with solid defensive wrestling and conditioning in Bisping, his task might be even more difficult now. Despite his credentials as a two-time NCAA All-American at Oklahoma State University, Munoz has not always been the most accurate takedown artist. As his ability to set up takedowns with striking has improved, so has his efficiency. Still, his current rate of 27 percent on takedowns is hardly impressive.

With that said, as a heavy-handed but not especially quick striker, Munoz is likely to encounter all kinds of problems against Machida. The 35-year-old karateka is a master of controlling distance and avoiding damage, something that has frustrated power-punching wrestler types in the past. Machida will spend most of the fight circling on the outside, forcing Munoz to pursue him in hopes of landing a big strike or takedown.

That will only play into the Brazilian’s hands, as his timing and anticipation are among the best in the sport. When Munoz charges forward, Machida will be ready to counter. Munoz lacks the reach and, at least as it translates to MMA, the wrestling technique to duplicate what Davis did to steal a narrow verdict.

Yes, Munoz lands ground-and-pound with a purpose, and his physical strength makes him difficult to keep from passing guard, but finding that range against Machida is a dangerous game. Munoz is vulnerable to a foe that can land unorthodox techniques from unusual angles -- something Machida does with regularity. Even if Munoz is able to close the distance, Machida is a Brazilian jiu-jitsu black belt with solid takedown defense; in the clinch, he can do damage with knees and punches to the body.

The Pick: Munoz simply lacks the creativity to set up takedowns against someone this elusive. Machida wins via knockout or technical knockout in three.