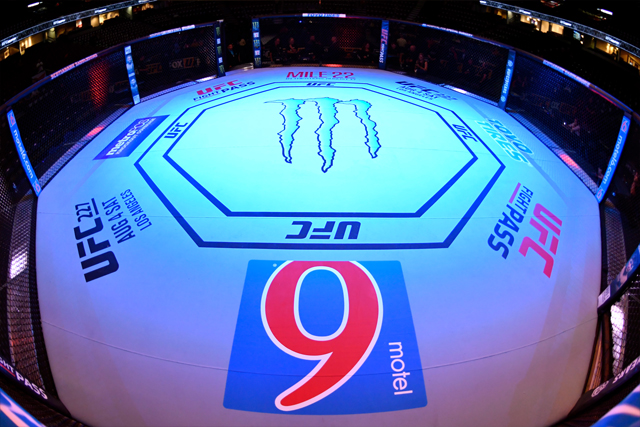 2) What is your most memorable combat sports moment?


Jordan Breen: The day I closed on my apartment and finalized my move up to Toronto was the same night of UFC 165. After a media week of hanging out with one another, for the Jon Jones-Alexander Gustafsson main event, me and another unnamed journalist ran up into the stands, took two unoccupied seats and rocked the fight like fans, not media. That decision forged our friendship; we debated every round back and forth, gave one another running commentary and when the fourth-round spinning back elbow landed, we positively freaked. It’s good enough just to be privileged to watch a “Fight of the Year” live, but to combine it with the aspect of embarking on a new chapter in your life, moving halfway across the country and certifying a new homie? Priceless.

Jason Burgos: This one is easy because I have two, clear, all-time favorite fighters. Georges St-Pierre and Daniel Cormier. So in that case, it’s a tie between St. Pierre making the legendary BJ Penn quit in-between the championship rounds at UFC 94, and Cormier solidifying his place in MMA history by becoming a champ-champ with a KO victory over Stipe Miocic at UFC 226.

Edward Carbajal: For me, Matt Serra vs. Karo Parisyan at UFC 53, back-and-forth grappling is what really made the jiu-jitsu bug bite me.

Jordan Colbert: Either Anderson Silva entering the Matrix against Forrest Griffin at UFC 101 or Nate Diaz dropping and choking Conor McGregor at UFC 196.

Tristen Critchfield: After covering the sport for a while, I’ve become somewhat detached from the “fan” aspect of things. It’s not that I don’t enjoy what I do, but it’s certainly different when you need to be locked in for a seven-hour fight card every weekend as opposed to picking and choosing what you watch over a few beers. That said, I will unashamedly admit to jumping off the couch and cheering with my friends when Holly Holm knocked out Ronda Rousey in the UFC 193 headliner in November 2015. As a New Mexico native, I’ve seen plenty of fighters pass through the Land of Enchantment, but Holm to this day stands out as a positive representative for a state that often gets saddled with a bad reputation. Even removing that from the equation, Holm’s upset victory was something I never saw coming given Rousey’s dominance in women’s MMA.

Jacob Debets: Honestly, I think it was Robbie Lawler beating Rory MacDonald for the first time back at UFC 167. Everyone (including me) was counting “Ruthless” out and he just showed up and did the damn thing. I was watching with a bunch of casual fans, and for the rest of the night I wouldn’t shut up about how shocked/impressed I was with his victory.

Ben Duffy: When I was in third grade, Sugar Ray Leonard spoke at my elementary school. I believe his son, Ray Jr., was in the grade before me. This was during his first comeback, just a few months after the showdown with Tommy Hearns. The man who would be named the Ring Magazine "Fighter of the Year" in a few months walked onto the stage in our tiny auditorium, did a little shuffle and shadowbox routine -- in a suit -- and told 500 wide-eyed kids between the ages of 5 and 11 to stay in school. Those words of encouragement from the champ are why I’m one of the most highly-regarded neurosurgeons in the Western Hemisphere today.

Tom Feely: It's a recent pick, and perhaps a bit of a touchy one given everything that happened outside of the cage that night, but the peak of my enjoyment as a fight fan was probably attending UFC 199. Part of that was what was going on with my life in general; I had built up enough money to quit my job at the end of 2015 and subsequently spent the next six months doing a ton of travel and attending every live UFC event I could, with UFC 199 being the capper. And the card was full of great moments. Polo Reyes and Dong Hyun Kim's war might have been my favorite memory of the night, as the two got a standing ovation after each round from the hardcores that were there early enough to see it. (As an aside, while this may not cover the most ground, Los Angeles consistently has the best fight crowds of any city I've seen fights in.)

Then there was Jessica Andrade announcing herself at strawweight, Beneil Dariush's underratedly brutal knockout of James Vick, Dan Henderson's knockout of Hector Lombard and seemingly subsequent retirement, Max Holloway and Ricardo Lamas deciding to throw down, plus another teased retirement after Urijah Faber lost to Dominick Cruz. And then things ended with one of the unlikeliest title changes in UFC history (if a little less so in retrospect given Luke Rockhold's defensive issues,) with Michael Bisping -- Michael Bisping! -- scoring a first-round knockout to the delight of the crowd because, while he may be a prick, dammit, he's OUR prick.

Oh, and Nate Diaz also got quite possibly the loudest reaction I've ever heard live at a sporting event, simply by existing. The only thing that really went wrong was when I was on my way to the bathroom and ran into Alex Caceres; I gave him a thumbs up while he thought I was going for a fist bump. It was awkward. But beyond that, great night.

Brian Knapp: I was covering an IFL event as a stringer for The Fight Network in Atlanta in 2007, and Robbie Lawler hit Eduardo Pamplona with a left hook, spraying me with sweat while I was seated ringside on press row. I knew then that reporting on MMA was something I wanted to pursue long term.

Tudor Leonte: I don’t know if this is the most memorable, but one of the most memorable combat sports moment was watching my teen’s idol, Alessio Sakara, fighting in Rome. I’ve never been in Rome before Bellator 203. The city is simply amazing. The event was held in an open-air arena, so the whole experience was pretty cool.

Adam Martin: My most memorable combat sports moment was attending UFC 123 in Detroit with my friends. This was before I was covering the sport as a journalist, and it was the first UFC and MMA event I ever attended in person. This was before the sport was even legalized in Ontario. I and two friends drove four hours from Toronto to Detroit to see UFC 123, which was a great card that included BJ Penn's stunning KO of Matt Hughes as well as Edson Barboza's brilliant UFC debut. Immediately after the event I drove back to Toronto, dropped my friends off, and went to work at my part-time retail job on no sleep. It was a crazy night but so worth it for the great memories I now have.

Jay Pettry: Tournaments will always have a special place in my heart. The 2006 Pride Openweight Grand Prix had some of the best fighters around in that tournament, and watching Mirko Cro Cop run through it by demolishing Minowaman, Yoshida in his gi, Wanderlei Silva and Josh Barnett in the span of a few months took the cake for me.

It all came full circle ten years later, when at Rizin in 2016, Cro Cop again won an openweight tournament in Japan. It was the thing you never knew you needed until it happened. This time, he tapped out a kickboxer, knocked out "King Mo" Muhammed Lawal, toppled a gigantic sumo and then wrecked a powerful Iranian wrestler to take the Double Dragon trophy. It was one of those magical moments, you know.

Mike Sloan: Sitting ringside for the greatest fight in the history of combat sports, which was Diego “Chico” Corrales – Jose Luis Castillo I. Non-stop war from start to finish with arguably the most dramatic finish ever. I doubt any fight will ever top that one.

Eric Stinton: It’s hard to say. I remember getting my mind blown as a kid when I saw a rerun of Marvin Hagler vs. Tommy Hearns on TV. The first UFC event that I saw live showcased my favorite fighter (BJ Penn) getting wrecked by my second favorite fighter (Nick Diaz), which was bittersweet and confusing and exhilarating all at once. And some regional shows I’ve been to have been as bizarre and sensational as this sport can get.

But if I had to choose a single moment, it would be the Penn-Sherk fight. I had never been so nervous watching a fight before, so when BJ won the way he did, it genuinely felt like a personal victory as well.

Anthony Walker: This answer will change depending on what my mood is when you ask. Roy Jones Jr’s destruction of James Toney, Manny Pacquiao getting face planted by Juan Manuel Marquez, and so many Anderson Silva fights while I was at work in a DC area sports bar. Today, I’m feeling the first Dan Henderson and Shogun Rua fight. I was once again at work and for obvious reasons shut down all of my bartending functions to just watch the fight. A few bar patrons who weren’t there to watch the fight were trying to get my attention during round 4. Yeah right! They remained thirsty while I enjoyed one of the greatest exhibitions of mutual combat known to man. After the final bell, they got their drinks. I didn’t need a tip, I was completely satisfied.

Kevin Wilson: My most memorable combat sports moment would have to be attending UFC 171. I was only 17 and still had no idea what I was doing with my life but being there that night and seeing Johny Hendricks and Robbie Lawler put on the best fight of the year is when I decided I wanted to write about this wonderful sport. I wrote my first article a month later and now I’m working for the best MMA website in the world!

Next Page » Meet and Greet