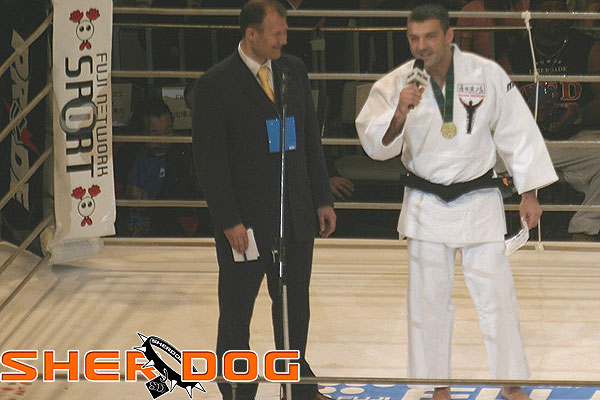 Pawel Nastula was one of several fighters flagged at Pride 32. | Photo: Stephen Martinez/Sherdog.com

Decorated judoka Nastula, who won the 1995 and 1997 world championships along with a gold medal at the 1996 Olympics in Atlanta, was perhaps an unlikely candidate to be caught for doping. International competition under the auspices of the Olympics has some of the toughest drug testing in the world, after all, and at the very least one might expect a veteran of that circuit to know how to hide his or her use.

That was not the case with Nastula. Pride 32, the Japanese promotion’s first venture into the United States, was a bloodbath of failed drug tests: Kevin Randleman submitted a urine specimen that was either non-human or from a deceased human being, and Vitor Belfort also failed his test. Nastula’s, however, was most notable for the disclosures during the appeals process.

When brought before the NAC, Nastula and his representative quoted their Pride contract, which explicitly stated that fighters would be tested for recreational drugs before and after the event, but not performance-enhancing drugs of the steroid family. By Nastula’s reasoning, he had done nothing outside the boundaries of his contract, although he accepted the consequences.

Nastula’s positive test and the subsequent revelations at the NAC hearing confirmed what many had long suspected. Pride Fighting Championships made no efforts to stop PED usage, and the structure of the company’s contracts indeed nearly encouraged it.

Number 9 » The results confirmed what many had long alleged: Nobody could put on the kind of muscle he had during his time competing in both MMA and kickboxing without some additional help. Whether that was true or not -- and there is no explicit evidence to confirm that he was doping during his time in Japan -- he was pulled from the fight and forever tainted in the eyes of the fans.
« Previous Sherdog’s Top 10: Bellator MMA Moments Next Sherdog’s Top 10: Epic Fails »