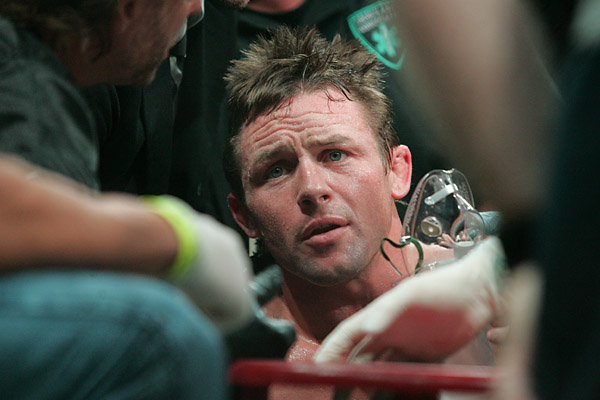 
Bellator MMA makes its debut in Portland, Ore., on Friday from the newly named Moda Center.

As both a sportswriter and a native Oregonian, I think I speak for most Portlanders when I say that sports fans were tired of calling the city’s venue the Rose Garden. In no way was it a perfect complement to the city’s love for the Portland Trail Blazers, and it certainly did not sound like home. No, Moda Center is much better. Everyone is absolutely nuts about it.

The Bellator 101 main draw airs live on Spike TV and is headlined by a delayed bantamweight tournament semifinal between Joe Warren and Nick Kirk. The televised card will also feature the Season 9 lightweight quarterfinals, while the undercard streams immediately prior on Spike.com.

Here are five reasons to fire up your technology and scope Bellator 101:


I am not quite sure what to expect from Warren at this point.

Although many months have passed since his brutal knockout losses at the hands of Alexis Vila and Pat Curran, I am left wondering what type of shape Warren is in after “The Baddest Man on the Planet” was not cleared to compete at Bellator 98. Regardless of the reason why Warren was pulled, I must admit it caught me off guard, considering the former featherweight champion sustained virtually no damage against the overmatched Owen Evinger in his last in-cage appearance, which came roughly 10 months ago.

Going into Bellator 98, I was happy that Warren played his cards the right way and took the time he needed to properly recover before jumping back into the fire, but now I feel uncertainty, whereas before I was really looking forward to watching that cocky little man try to win himself another belt.

I assume Bellator officials would not have made the announcement if it was not a sure thing that Warren will be medically cleared this time around. I, for one, am interested to see how he performs.

No Love for Retirement 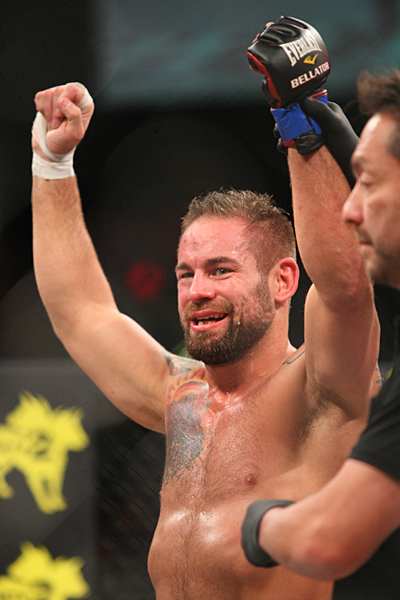 Rich Clementi will return to the Bellator cage for the first time since Marcin Held tore up his ankle something fierce with a nasty toe hold last year, knocking “No Love” out of the Season 7 tournament. A veteran of 58 professional fights, Clementi has seen much in his time as a mixed martial artist. The submission specialist began his career in 1999 and fought 10 times for the Ultimate Fighting Championship, last competing in the Octagon in February 2009.

With his injury now apparently healed fully and his passion for fighting reinvigorated by the time off, Clementi will compete for the first time since November 2012 when he meets Ricardo Tirloni. Can the 37-year-old turn back the clock and make some noise in the Season 9 draw?

Backs to the Wall


I think several of these lightweight tournament participants are in serious need of a victory, including Tirloni.

Although the Brazilian is in one sense playing with house money after stepping up on short notice to replace the injured Rob Sinclair, it is nevertheless difficult to overlook the fact that Tirloni has lost three of his last four fights and is currently on a two-fight losing streak.

John Alessio is also riding back-to-back defeats, as “The Natural” was bounced from his most recent run with the UFC on the heels of losses to Mark Bocek and Shane Roller. Like Clementi, Alessio has not fought since November, and I think this new chance with Bellator could prove to be a profitable opportunity for the 34-year-old if he can get his ducks in a row. Likewise, if the former UFC and World Extreme Cagefighting title contender squanders this opportunity, it could be the last time we see him in a major organization.

Alessio should have his hands full with Will Brooks, who still appears to be a work in progress, though his potential for excellence is no doubt well-founded. Brooks returned to the win column in his last fight after suffering a 43-second knockout to Saad Awad, but his win over Cris Leyva -- one-sided as it was -- seemed disjointed to me. I think there are some questions yet to be answered by the prospect, and this Season 9 draw should tell us much about his development as a fighter.

Rounding out the tournament field, Alexander Sarnavskiy will face Marcus Davis in a clichéd but nonetheless compelling showdown of youth versus experience. Like Alessio and Clementi, Davis has taken his lumps throughout a 32-fight career, and I think this Bellator run could serve as the last hurrah for the 40-year-old. By contrast, Sarnavskiy, 24, suffered his first pro loss to Clementi in October and then saw a busted hand spoil his run in the Season 8 tournament earlier this year. “Tiger” is a talented youngster, to be sure, and I think his best is yet to come. Will he show it against Davis?

Throw in hard-hitting wildcard Awad and debuting Brit Martin Stapleton, and this is undoubtedly an interesting plot of lightweights.