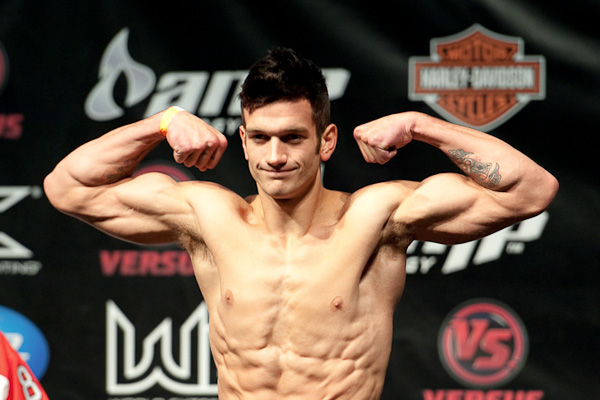 Josh Grispi is suspected of assault on his wife. | Photo: Sherdog.com


Mixed martial arts has withstood various black eyes during the industry’s process of maturing into a mainstream sport over the last 20-plus years. While commentator Joe Rogan and others pontificate on the damage caused to the credibility of the Ultimate Fighting Championship by altercations involving Jon Jones and Daniel Cormier, recent domestic violence incidents involving Josh Grispi and War Machine have delivered 1-2 body blows to MMA’s image. A real or staged press conference is not going to repulse women. Domestic violence incidents involving male fighters allegedly assault women will.

What will neuter the sport’s growth is the violent image and stereotype of fighters being overly tanned, testosterone-fueled, tattooed thugs who engage in domestic violence. For a sport that desperately needs to attract as many female viewers as possible, the domestic violence issue can make or break growth. Ask NFL Commissioner Roger Goodell about the blowback he has received for suspending Baltimore Ravens running back Ray Rice for two games due to his incident with his wife, Janay. Ask commentators Stephen A. Smith and Max Kellerman about the sensitive nature of the subject of domestic violence given their recent suspensions from ESPN.

Why would a major television network executive want to give MMA exposure?

This is not an article blaming the UFC, Viacom or other fight promoters for the behavior of fighters who no longer compete in their organizations. There is only so much promoters can do to weed out the bad apples. The problem for today’s fight promoters is that anyone can call himself a mixed martial artist, the same way that anyone can walk into a boxing gym and call himself a boxer. With so many promotions big and small running events, the pool of fighters has significantly increased. It does not mean this pool of fighters is any more talented than past fighters. It just means that the mid- to lower-tier of the sport ends up attracting some anti-social weirdos from the fringes of society.

It is becoming more of a challenge for defenders of MMA to look at skeptics with a straight face and say the sport is a great way to teach children discipline when a growing number of people in the sport have amassed lousy anti-social track records.

The UFC is trying its best to grow its audience by appealing to women. The rise of Ronda Rousey as Queen of the UFC, along with the all-female edition of “The Ultimate Fighter,” is part of a much bigger plan to increase awareness of the industry. However, all of the UFC’s efforts can vanish in a second when newspapers and sites like TMZ send out headline blasts about fighters involved in domestic violence against their female partners. The UFC released fighter Will Chope for not disclosing his military discharge due to domestic violence allegations; Josh Grispi is being accused by authorities of choking his dog unconscious on multiple occasions and then allegedly training the same dog to attack his wife; Jeremy Stephens found himself in legal hot water over an alleged assault against a woman in Iowa; Thiago Silva was arrested by a Florida SWAT team after allegedly barricading himself in a house from a trip to a gym where threats were supposedly made; and there was the murder-suicide involving Justin Levens.

If you throw in all the crazy non-domestic violence stories involving fighters like Quinton Jackson going on a proverbial rampage in a monster truck, Renzo Gracie’s supposed run-in with a bouncer at a New York City night club and Jarrod Wyatt receiving a 50-year prison sentence for ripping out his friend’s heart and tongue while using mushrooms, how can anyone say MMA is a normal run-of-the-mill sport populated by individuals who are better behaved than football or basketball players? You can’t. 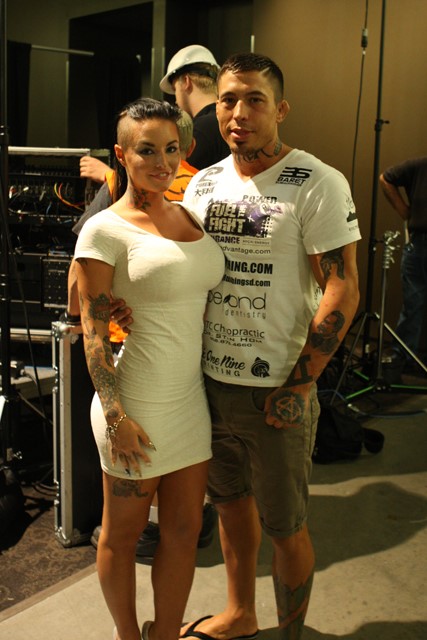 Photo: Keith Mills/Sherdog.com
War Machine is being sought by authorities.
The UFC, Viacom and other major promoters in MMA must aggressively perform background checks on the fighters they book. Whatever the cost is up front is worth the investment long-term. However, promoters are not responsible for the behavior of fighters after they are released or leave an organization. It is not the UFC’s fault that Grispi allegedly turned his dog into a potentially lethal weapon against his wife.

The problem is that the UFC and other promoters in a violent sport like MMA are vulnerable to scandalous press coverage whenever any sort of fighter with name recognition commits a horrific crime. One of the top arguments used over the years in lobbying politicians to back regulation of MMA revolves around the premise that mixed martial artists are more college-educated than other athletes in different combat sports; that somehow MMA fighters are not the kind of Neanderthals you see in boxing. That simply was not ever a factually solid argument to make in the first place, and it looks even more absurd right now.

Right now, the UFC is fighting the state of New York in the court system and appears to be having more success there than it has had in its various lobbying efforts with state politicians in Albany. As each day passes, it is getting harder and harder for the UFC to make the case that its sport is somehow cleaner and less corrupt than other combat sports. MMA is a legally classified ultra-hazardous sport that involves individuals engaging in violent activity. You cannot be surprised that some of the individuals competing in the sport have a screw loose and lack the emotional balance to separate good judgment from bad. Throw in performance-enhancing and recreational drug use, along with brain damage and the pressures that go along with competing for one of the few high-paying slots in the sport, and you have an extremely combustible formula to foster the very worst instincts.

Jones and Cormier brawling at the MGM Grand in Las Vegas is not the end of the world or the end of the MMA industry as we know it. There is a reason the UFC is giving a shame-on-them speech while pushing the press conference video on its website. That is a headline it can approve because it means more eyeballs on its product.