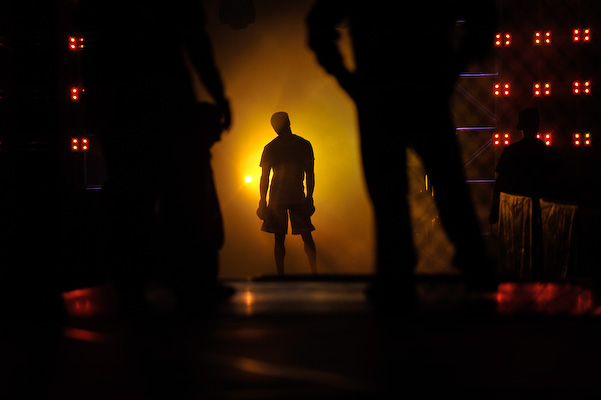 For the past few years, whenever there appeared a forum thread or blog post dedicated to the wackiest names in the Fight Finder, one guaranteed inclusion was “That Guy.”

Despite having a picture on his profile and half a dozen fights to his credit, little was known about That Guy aside from the fact that he competed for Tenkaichi Fight, a regional show promoted by Tenkaichi Dojo in Okinawa, Japan. Predictably, Web searches for further info on That Guy turned up only page after page of unrelated results, and so, for lack of any better option, That Guy was inducted into the database.

Then, last week, Go Yamamoto of Skill MMA made a great discovery:

Holy. I just find out That Guy named JUSTIN MORTON!!!! I SOLVE BIGGEST MYSTERY OF THE PLANET!!! https://t.co/bXKgTMbUsh

OK, so tracking down somebody’s Facebook page probably doesn’t qualify as a major accomplishment to most, but for me and a handful of like-minded geeks, this stuff is important. When it comes to working on the FF, updating a fighter’s profile with his or her full name is just about the most satisfying piece of business one can attend to. (On my personal gratification scale, I’d rank it right above adding a fighter’s date of birth.) The intrigue that had surrounded That Guy made Go’s find all the more enjoyable.

Government names for Tenkaichi Fight’s many, many pseudonymous competitors have always been hard to come by, but not for the usual reasons. While it’s a Japanese-run organization, there’s no language barrier: Tenkaichi publishes results in English, and most of the nicknamed fighters are Americans -- American servicemen stationed in Okinawa, in fact, who would presumably prefer to keep their real names off the record. That Guy’s informational Facebook account is an anomaly; generally, all we have to go on are names like “Papa Smurf” and “RockNess Monster.”

A couple years back, Tenkaichi’s then-middleweight champion was billed simply as “Caveman,” listed even more ridiculously in the FF as “Caveman Caveman” because the database requires both a first and last name. It might have stayed silly forever, but Chase Owen, a U.S. Marine from Kentucky, reached out to fix up his profile in 2011. It was a welcome revelation, even if I continue to mourn the loss of one of the greatest Fight Finder photos of all time.

All this is not to throw shade on Tenkaichi or its athletes, but rather to explain why, in browsing through the FF, you might stumble across a man with a name like “Sunshine Sunshine.” There are plenty of different reasons for fighting under an alias, and the purpose of the Fight Finder isn’t to blow up anyone’s spot. We’re just trying to collect as much detailed information as possible in order to preserve accurate records (which will then be etched onto metal discs and buried beneath the earth’s surface for future civilizations to uncover). Besides, Tenkaichi are far from the worst offenders when it comes to made-up monikers; that distinction goes to the entire country of Brazil, whose denizens email us daily with names like “Renato Tractor” and “Willian He-Man.” That’s a talk for another time.

The point is this: Fighters, we want your names. We need your names. Unless you’re on the run from the law or part of a clandestine bare-knuckle league, you should send them to us. It really helps us out, and if you have designs on a long and successful MMA career, it will probably help you out, too. Be the cool dude in your gym with a rich, vibrant Fight Finder profile. Don’t be That Guy.