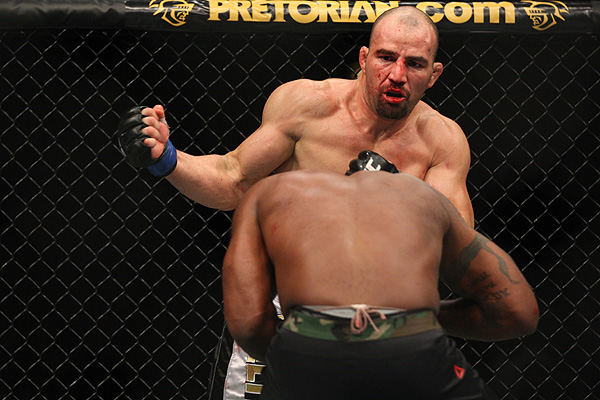 
Defeat was a foreign concept to Glover Teixeira for more than nine years -- until his ill-fated encounter with Ultimate Fighting Championship light heavyweight titleholder Jon Jones at UFC 172 in April.

Teixeira returns to the cage for the first time since his unanimous decision loss to “Bones” when he takes on Alliance MMA’s Phil Davis in the UFC 179 “Aldo vs. Mendes 2” co-main event on Saturday at Maracanazinho Gymnasium in Rio de Janeiro. The 34-year-old has “Mr. Wonderful” in his crosshairs, with an eye towards a potential rematch with Jones.

“I was very disappointed when I lost that fight,” Teixeira said during the “Countdown to UFC 179” program. “I was not as aggressive as I should be. I have to be more, like, the killer instinct. I have to change everything -- lifestyle, you know, diet -- because I want to get that belt one day. I need to get back over there and beat him.”

Davis represents a significant hurdle in a division largely lacking in quality depth. A four-time NCAA All-American wrestler who won a national championship at Penn State University, he has lost only to former 205-pound champion Rashad Evans and resurgent Blackzilians standout Anthony Johnson; neither man finished him. Davis, 30, has compiled an 8-2 record in the UFC, including victories over Alexander Gustafsson, Antonio Rogerio Nogueira, Brian Stann and Lyoto Machida.

“He has very good cardio,” Teixeira said. “If I let this fight go to a decision, I guess that’s his strongest point. He [likes to] outpoint guys over here, [use] takedowns [and] throw little punches over there. I can’t let that happen. I want to knock this guy out. I want to finish him. I want to push [for] the KO in this fight, and I think I have the advantage on my feet.”

The loss to Jones halted a remarkable 20-fight winning streak for Teixeira, who spent his training camp ahead of UFC 179 at an American Top Team affiliate in Connecticut. He has delivered 19 of his 22 professional victories by knockout, technical knockout or submission and believes a decisive win over Davis would position him for another crack at Jones’ throne. 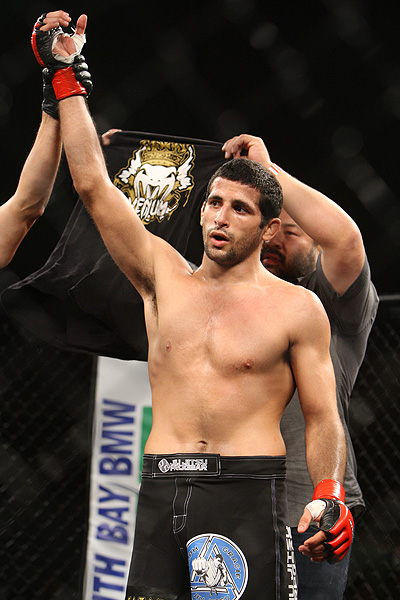 Photo: Dave Mandel/Sherdog.com
Dariush is 8-1.
“I’m very motivated for this fight,” Teixeira said. “I’m fighting Phil Davis, a great fighter, in Brazil [in front of a] great crowd. Anyone they put in front of me, I have to beat him to get to the title again, and Phil Davis is the next guy.”


Kings MMA frontman Rafael Cordeiro, once a key cog in the Chute Boxe machine, has trained MMA royalty for years, from Anderson Silva and Wanderlei Silva to Mauricio Rua and Fabricio Werdum. Beneil Dariush hopes to someday join that league of extraordinary gentlemen.

The next test for the once-beaten Dariush comes in the form of onetime Legacy Fighting Championship titleholder Carlos Diego Ferreira. The unbeaten 29-year-old Brazilian has hit the ground running in the UFC, scoring wins over Ramsey Nijem -- the only man to defeat Dariush -- and “The Ultimate Fighter” Season 16 winner Colton Smith. Dariush will meet the challenge with Cordeiro in his corner.

“He’s got an amazing list of fighters [he’s trained] if you look at it,” Dariush said. “It puts pressure on you. It’s like, ‘Oh, man. I’m under the same guy. I’ve got to be able to do the same things those guys do.’ Personally, I’d like to do it even better.”


UFC 179 “Aldo vs. Mendes” will be the 295th event the Ultimate Fighting Championship has staged in its history ... According to FightMetric data, Jose Aldo has spent more time inside the Octagon (2:01:59) than any other UFC featherweight ... Chad Mendes wrestled collegiately at California Polytechnic State University, where he was a two-time NCAA All-American and compiled a 64-14 career record ... Blackzilians representative Hans Stringer has 15 first-round finishes to his credit ... The four men to whom Darren Elkins has lost -- Mendes, Jeremy Stephens, Charles Oliveira and Ted Worthington -- have 91 victories between them ... William Macario, 23, is the seventh youngest fighter on the UFC roster ... Nova Uniao standout Yan Cabral has executed 10 submissions in his career: five by arm-triangle choke, two by armbar, two by kimura and another by rear-naked choke ... When Team Alpha Male’s Andre Fili was born on June 25, 1990, the top five songs on Billboard’s Hot 100 list were Roxette’s “It Must Have Been Love,” New Kids on the Block’s “Step By Step,” Bell Biv Devoe’s “Poison,” Wilson Phillips’ “Hold On” and Phil Collins’ “Do You Remember?” ... Gilbert Burns is a four-time Brazilian jiu-jitsu world champion ... Fabricio Camoes lists three-time Abu Dhabi Combat Club Submission Wrestling World Championships gold medalist Royler Gracie as his hero ... Wilson Reis was one of six fighters to win an EliteXC title, along with Antonio Silva, Murilo Rua, Robbie Lawler, Jake Shields and K.J. Noons.