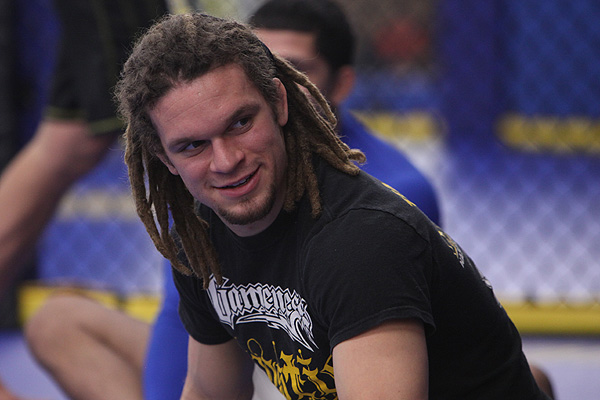 
The Ultimate Fighting Championship returns to Brazil for the seventh time this year on Saturday, as the Las Vegas-based organization hosts UFC Fight Night 32 from Goiania Arena in Goiania, Goias.

The event is headlined by a light heavyweight rematch between Dan Henderson and Vitor Belfort, as the former two-division Pride Fighting Championships titleholder meets the “young dinosaur” for the first time in seven years. The Fox Sports 1 broadcast will also see Cezar Ferreira do battle with Daniel Sarafian in a co-main event matchup of “The Ultimate Fighter: Brazil” veterans.

Prior to the featured telecast, the preliminary draw streams live on Facebook and YouTube. Here are five reasons to find an Internet connection and peep the prelims:


I am really excited to see Dustin Ortiz in the UFC.

Fans who know Ortiz were likely made aware of his presence in 2011, when the Tennessean earned a third-round knockout over Matt Horning under the Strikeforce banner before locking horns with future Tachi Palace Fights champion Ian McCall at TPF 9.

Though Ortiz proved to be a step slow en route to a unanimous decision defeat to “Uncle Creepy,” the prospect nevertheless acquitted himself well in the cage that night, surviving a second-round knockdown and gritting his way through a less-than-ideal third period to hear the final bell. Ortiz has since gone 4-1 and rides a three-fight winning streak into his Octagon debut against 37-fight pro Jose Maria Tome, who lost his first fight in five years when he was knocked out by John Lineker in August.

Will Ortiz impress in his Octagon debut or will the Brazilian return to his winning ways?


Pound-for-pound, Dagestanis bring it as hard as anybody in MMA.

Ideally, no one would be forced to grow up in a war-torn country, but those difficult conditions have no doubt prepared many Dagestani fighters for what must comparatively seem like a vacation enclosed in some chain-link fence. Competitors like Khabib Nurmagomedov, Rustam Khabilov, Shahbulat Shamhalaev and Magomedrasul Khasbulaev have all made a mark stateside, and I would not be surprised if Omari Akhmedov followed in their footsteps.

The sambo practitioner loves to bomb his opponents with stinging low kicks and wild shots to the head. While I think his defense and footwork leave something to be desired, Akhmedov can nevertheless end a fight with a single punch, especially his nasty left hook.

The finisher will make his Octagon debut opposite “TUF: Brazil” alum Thiago de Oliveira Perpetuo, who posted a third-round knockout over Leonardo Mafra Teixeira in his 2012 UFC debut but has not fought since. Can Akhmedov keep his perfect record intact against the Brazilian? 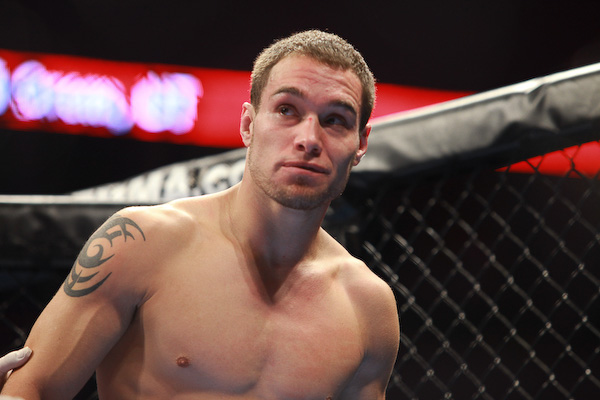 Photo: Isaac Hinds/Sherdog.com
Salas is 2-1 in the UFC.
Justin Salas has piqued my interest after his victory over Aaron Riley in July.

“J-Bomb” wasted no time in taking the fight to the veteran, shutting down Riley’s offense in the opening frame and then battering the 16-year pro through the second stanza. However, a bloody Riley managed to turn the tables in the third round and came on strong to end the fight in spite of the damage to his face.

While Salas allowing Riley back into the fight was disconcerting, the 31-year-old nevertheless walked away with a split decision to improve his Octagon record to 2-1.

The former NCAA Div. I wrestler showed a significant improvement in his striking this summer, and I imagine that trend will continue as he faces Brazilian lightweight staple Thiago Tavares. Can Salas avoid Tavares’ submission game and snatch his second straight UFC win?


Daron Cruickshank owns the tools to produce some compelling violence, but he has struggled to find consistency in his last two fights.

Granted, John Makdessi and Yves Edwards are not exactly chopped liver, but I still find myself hoping for more out of “The Detroit Superstar.” Perhaps this is because I witnessed his knockout of Henry Martinez live in Seattle last year. The sound of Cruickshank’s shin colliding with Martinez’s skull still resonates with me, as I imagine it does with many in the crowd who fell silent for a split second before screaming their heads off that night.

The way I see it, this type of result should not be an aberration for Cruickshank, who possesses great dexterity with his legs and the core strength required to use his feet in creative ways. Still, his defense against both Makdessi and Edwards proved lacking, though he managed to walk away from the latter confrontation with a split decision win.

Now paired with Brazilian veteran Adriano Martins, Cruickshank will look for his fourth UFC win in five appearances. What type of improvements, if any, will the 28-year-old bring with him into the Octagon?


Sam Sicilia is a man whose back is now against the wall.

After winning 11 of his first 12 fights, “The Ultimate Fighter 15” alum rides a two-fight skid into his clash with “The Ultimate Fighter: Brazil” graduate Godofredo Castro. Should Sicilia earn a third straight defeat in his meeting with “Pepe,” I think it is likely the Washingtonian receives his walking papers.

There is no denying that Sicilia has been exciting, if not especially technical. The brawler made his official Octagon debut last year at “The Ultimate Fighter 15” Finale, where he knocked out castmate Cristiano Marcelo in the second round. Sicilia’s drop to featherweight has been less successful, however, as he suffered a knockout to “The Ultimate Fighter: Brazil” winner Rony Mariano Bezerra before dropping a unanimous decision to Maximo Blanco in April.

Can the hard-swinging American halt his slide and stay away from Castro’s submissions or will the Brazilian send Sicilia packing?