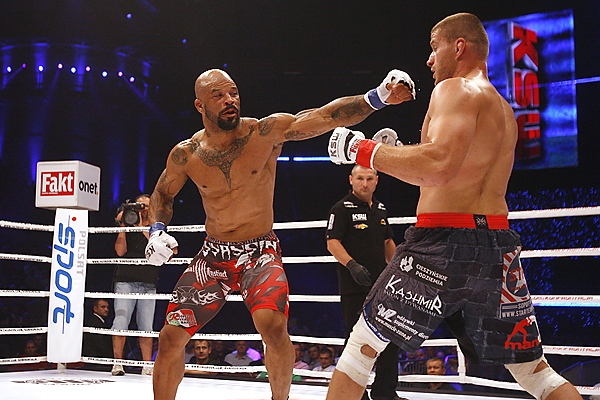 Six-time UFC veteran Houston Alexander will make his Bellator debut on Sept. 13, when he squares off with Vladimir Matyushenko at Bellator 99.

A hand injury forced Christian M’Pumbu, Matyushenko’s original opponent, to withdraw from the light heavyweight bout. The promotion announced the change on Sunday. Bellator 99 takes place at the Pechanga Resort and Casino in Temecula, Calif., and is headlined by a featherweight tournament duel between Patricio Freire and Diego Nunes. The event’s main card will air on Spike TV beginning at 9 p.m. ET/6 p.m. PT, while the prelims stream on Spike.com at 7 p.m. ET/4 p.m. PT.

Alexander has competed twice under the Victory Fighting Championship banner thus far in 2013, stopping Dennis Reed with punches in March before capturing the promotion’s 205-pound strap with a fourth-round knockout of Chuck Grigsby on July 27. The 41-year-old Nebraskan compiled a 2-4 mark in the Octagon, most notably scoring a 48-second technical knockout of Keith Jardine in his debut at UFC 71. “The Assassin” also owns triumphs over Alessio Sakara, Rameau Thierry Sokoudjou and Razak Al-Hassan.

“It’s an honor to be able to fight for an organization like Bellator,” Alexander said in a release. “I always want to take big fights, and Matyushenko is a guy that’s been around this sport since the beginning, and it will be a huge test. I just want to go out there and smash, do what I do best.”

Matyushenko exited the UFC following a first-round submission loss to Ryan Bader in January. Prior to that, “The Janitor” was knocked out by current light heavyweight title contender Alexander Gustafsson at UFC 141. The 42-year-old Belarusian, who challenged Tito Ortiz for the UFC light heavyweight crown in 2001, owns notable wins over Antonio Rogerio Nogueira, Pedro Rizzo, and Tim Boetsch, to name a few.