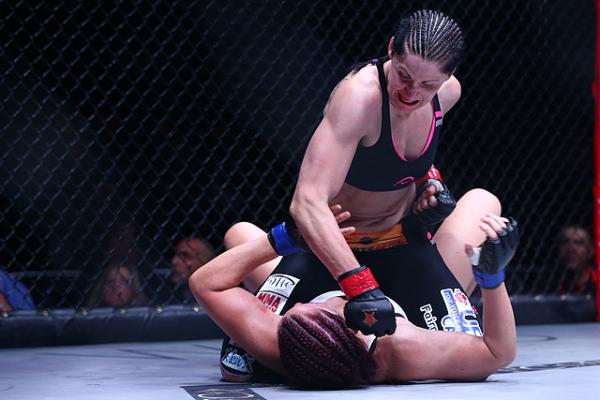 Charmaine Tweet will not be competing at Invicta FC 10. | Dave Mandel/Sherdog.com


A proposed featherweight bout between Charmaine Tweet and Faith Van Duin has been removed from the Invicta FC 10 lineup due to a “medical concern indentified by the Texas Department of Licensing and Regulation.”

The promotion announced the cancellation on Wednesday. The eight-bout Invicta FC 10 card takes place at the Arena Theatre in Houston on Friday night and is headlined by a strawweight title clash between Michelle Waterson and Herica Tiburcio. The event will stream in its entirety on UFC Fight Pass beginning at 9 p.m. ET/6 p.m. PT.


Here it is and im so sorry to say my fight is off as my opponent wasnt cleared medically to fight. This is the... http://t.co/klMxvYV5t2

The 37-year-old Tweet made her second promotional appearance on Sept. 6, earning a first-round TKO victory over Veronica Rothenhausler at Invicta FC 8. Van Duin, 28, was set to make her Invicta debut after compiling a 4-1 mark on the regional circuit.