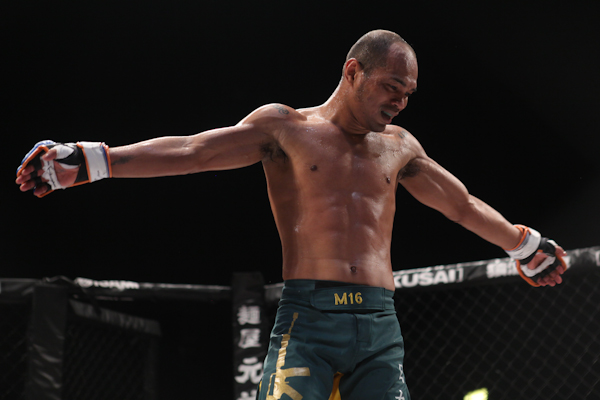 
Injury has altered the Pacific Xtreme Combat flyweight title picture, as Rambaa Somdet will be unable to compete at PXC 43 after suffering a herniated disc in training.

As a result, Somdet’s headlining matchup with Roldan Sangcha’an has been pulled from the March 29 bill. PXC officials announced that Sangcha’an will retain his No. 1 contender’s status and will fight for the vacant belt at a future event.

PXC 43, which takes place at Ynares Sports Arena in Pasig, Philippines, will now be headlined by a flyweight bout pitting ex-champ Ali Cale against Ernesto Montilla.

A 14-fight pro, Somdet has not lost since 2002, when he suffered back-to-back defeats at the hands of Darren Uyenoyama and Mitsuhisa Sunabe under Japan’s Deep banner. The 39-year-old Thai then went on to compete for Shooto, Grabaka and the defunct Palace Fighting Championship, most recently earning a unanimous decision over journeyman Kenichi Sawada this past October.

Sangcha’an, meanwhile, has been perfect in four pro outings, scoring two knockouts and two submissions since debuting in April 2012. “The Executioner” last competed in September, when he submitted Montilla with a rear-naked choke in his PXC debut.