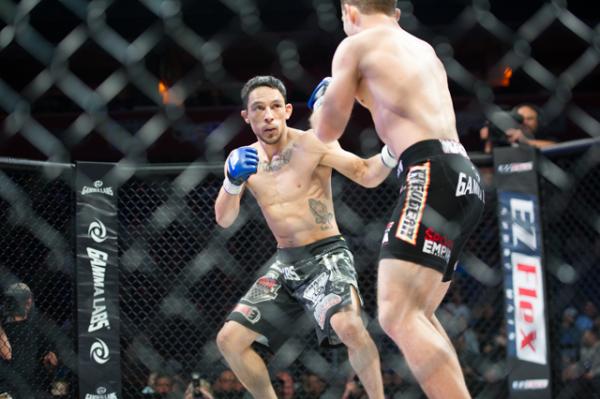 Matt Manzanares is coming back to the promotion where he was champion. | Photo: Paul Kincaid/Sherdog.com

Ken Porter, originally slated to face Geane Herrera in a flyweight contest, will instead take on former RFA titleholder Matt Manzanares, who will make his record-tying seventh appearance for the promotion. The change comes as a result of Herrera being called up to the UFC for an Aug. 8 bout with Ray Borg.

In Manzanares, Porter will lock horns with a man who has taken on a plethora of stiff competition. Though the Wyomingite has dropped his last three bouts and four of his last five overall, Manzanares’ wealth of experience could pose a sizeable threat to Porter. Manzanares has already taken on the likes of UFC veteran Zach Makovsky and Deep titlist Yuki Motoya, something Porter quickly acknowledged.

“I feel like Manzanares poses a much bigger challenge than Herrera,” Porter said in a statement. “He brings a lot more to the table and has fought much tougher guys. I’ve been working really hard for this fight and look forward to making a big statement in my national television debut for the RFA.”

Porter is on the best winning streak of his pro career, having won four consecutive battles. He’s scored three straight first-round submission wins under the Rumble Time Promotions umbrella, which paved the way for his RFA debut next month. While Porter had been training for Herrera, his 4-0 record as a professional boxer, coupled with his amateur boxing background, could nullify that of Manzanares, who is a former two-time Junior Olympian boxer who sports a 4-0 pro boxing ledger as well.