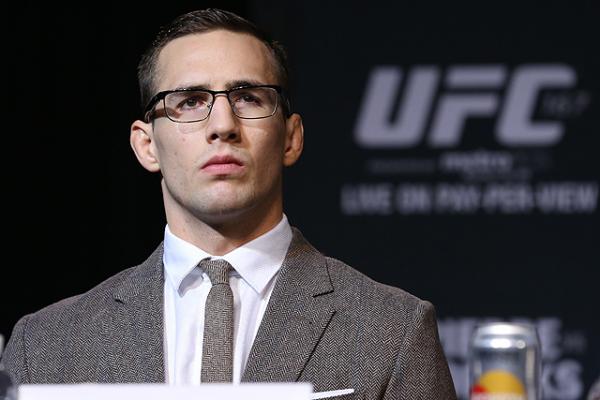 
Does anybody know when we will see the real Rory MacDonald? Who is he? There are plenty of people on both sides of this MacDebate, but truthfully, the jury is still out.

Think about it. When Georges St. Pierre was coming up as a challenger, it was obvious he was ready. Before Jon Jones became the light heavyweight champion of the world, he was universally recognized as the next big thing at 205 pounds. Yet MacDonald has been a bit of a mystery since starting out 10-0.

To quickly recap, it was UFC 115 in June 2010 when Carlos Condit knocked him out with just seven seconds remaining in their fight. A decision win over Nate Diaz and two subsequent TKOs over lesser opponents had rebuilt his reputation heading into a December 2012 fight with B.J. Penn; that is where we usually meet the fork in this discussion. Yes, MacDonald soundly defeated Penn by unanimous decision, but he did not show the killer instinct to finish the fight. Even his supporters will tell you it was there for the taking.

Three decisions later, including a loss to Robbie Lawler, and people have a right to question if MacDonald will ever be exciting or if he will remain just one step up from a guy like Jon Fitch.

In the days leading up to MacDonald’s fight with Demian Maia at UFC 170 on Saturday at the Mandalay Bay Events Center in Las Vegas, Ultimate Fighting Championship Preisdent Dana White said, “It’s a big fight for these guys. Every fight, you’re in a must-win situation, but for where they stand in the division, it’s an important fight for them.”

After the first fight minutes of their scrap, it looked like Maia was the only one who got the message. To say Maia controlled his Canadian opponent on the ground during the opening round would be like stating something as obvious as Chuck Liddell hits hard. After moving to full mount following a takedown, Maia alternated between punches and elbows that seemed to come from every angle and without an end in sight. MacDonald tried feverishly to free himself but had no plausible escape plan from the bottom.

“He was in a full mount by a five-time world champion, but he got out of it,” White said. “He took some punches in that round [and] hung in there.”

The adversity, MacDonald claimed, was not a problem for him inside the cage.

“I stayed calm. I knew Demian’s takedown was very strong. He’s a very strong jiu-jitsu fighter, so I stayed relaxed and waited for my opportunity to escape and get back to my feet,” he said. “Obviously, he’s a super tough guy. I hit him with a lot of good shots, and he stayed on his feet.”

The shots to which he referred came fairly consistently in the second and third rounds. In the middle stanza, MacDonald effectively used a variety of kicks to prevent Maia from ever feeling confident in his takedown attempts. By the final frame, MacDonald was landing clean strikes and damaging Maia. However, it never felt like a stoppage was near.

MacDonald did manage to win over at least one critic.

“I’ve been hard on Rory his last couple of fights,” White said, “but he looked great tonight. I was really happy with his performance.” 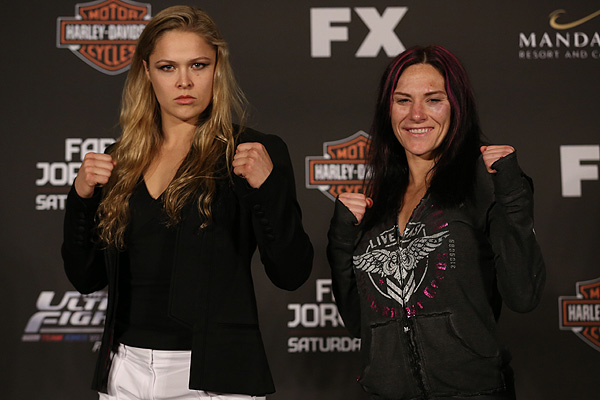 Photo: D. Mandel/Sherdog.com
Zingano has the inside track.
Ronda Rousey continues to gather a crowd wherever she goes.

The UFC women’s bantamweight champion has emerged as a huge draw and possibly even the company’s biggest star at the moment. After her first-round technical knockout of fellow Olympian Sara McMann in the UFC 170 main event, the natural next question revolved around who was next in line to challenge Rousey.

“Cat Zingano deserves to fight for the title at some point,” Rousey said, “but she’s still coming back from her injury.”

“That poor girl has been though a lot over the last year,” White said, “but I agree with Ronda. She’s next in line.”

Depending on how much time she needs to get back to 100 percent following a major knee injury, Zingano may have to wait it out a bit longer. At first, Rousey indicated she would like to fight next in late summer. However, she qualified her remark by saying she was available to fight on 24 hours’ notice if the UFC asked her to do so. Those looking for another potential challenger need to look no further than the name thrown out by the champion herself.

While the storyline would not be as dynamic as last year’s feud with Miesha Tate or a potential confrontation with Cristiane “Cyborg” Justino, Davis has put together a nice winning streak in the UFC over the last eight months.

“Who else is 3-0 in the UFC, other than [Rousey]?” Davis asked after her split decision victory over Jessica Eye. “I wanted to push myself a little bit more than I did tonight, though.”

While Davis walked away with a split verdict against Eye, the only round all three judges scored the same was the second.

“She was tough. She was coming for blood,” Davis said. “I could see by the look in her eye that she wasn’t going to go down easily. You find things you do wrong in both wins and losses, and I definitely had my share of mistakes tonight.” 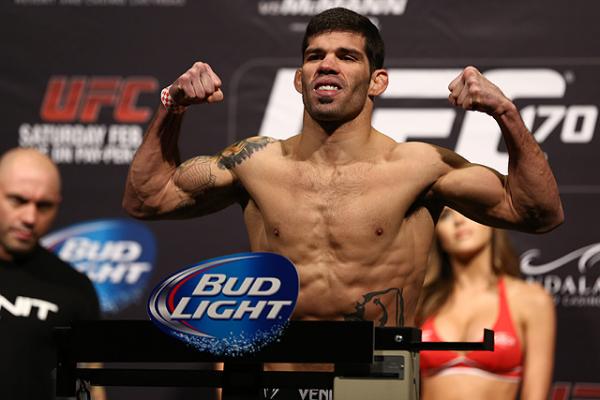 Photo: D. Mandel/Sherdog.com
Assuncao wants a shot at gold.
Nick Diaz has not fought in more than a year and does not have a fight lined up. Even so, people still ask about him nearly every time White talks to the media. For now, there is nothing new to report, other than Diaz is rumored to be willing to come back if he is given a title shot ... A new trend had emerged in the early part of 2014, as an inordinate amount of fights have gone the distance. UFC 170 appeared to be going down that same road, as all four Fox Sports 1-broadcast prelim bouts went to the judges’ scorecards. “What are you going to do? You can’t sweat that stuff? You can’t go crazy about that stuff. It’s a live sporting event. Guess what? The last Super Bowl was one of the worst football games I’ve ever seen. It was supposed to be the best. It doesn’t happen that way all the time,” White said ... Look for UFC bantamweight champion Renan Barao to be matched with Raphael Assuncao next. Barao is riding a seven-fight winning streak, the longest in the UFC at 135 pounds. Assuncao recorded his sixth straight win at UFC 170, as he took a unanimous decision from highly touted Black House prospect Pedro Munhoz. “Every guy I’ve beaten has been on a winning streak. Every guy was coming off damn good wins when I beat them. I’m not going to change who I am or the way I promote fights just to get a title shot, but I think I’ve done plenty to earn that shot. I’m ready to go,” Assuncao said ... A training partner of UFC middleweight champion Chris Weidman, Serra-Longo Fight Team’s Aljamain Sterling earned a 29-28 decision over fellow Octagon rookie Cody Gibson, who entered their match on a string of six straight wins. “That third round is always a gut-check. When it’s all tied up one to one and you have five minutes to get it done, it’s all about finding that extra something that you didn’t know you had,” Sterling said. The onetime Ring of Combat and Cage Fury Fighting Championships titleholder improved to 9-0 ... Roufusport’s Erik Koch, who began training at age 14, used some textbook ground-and-pound to dispatch Rafaello Oliveira 1:24 into the first round. “The goal was to go out there and fight like [Lyoto] Machida and Anderson [Silva and] really pick my shots,” Koch said.


MacDonald lost a fight with an avocado leading up to his battle with Maia: “I stabbed myself. It’s pretty embarrassing. I thought that I was going to have to pull out of the fight because he could easily hit a tendon or something. I went to the emergency room and got stitched up. Everything is fine, everything is intact. It went in really far, but I didn’t sever anything important, so I stitched it up. I fought, and everything is cool.”