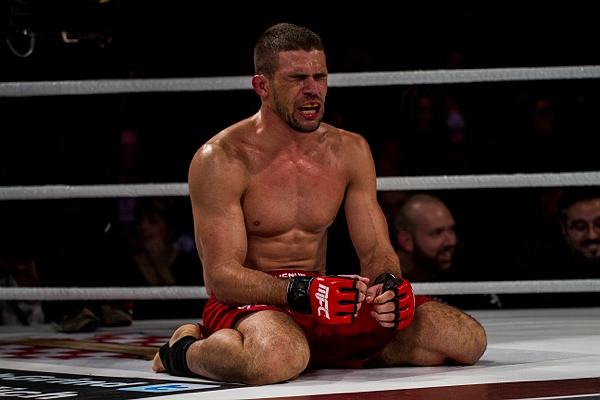 Jonatas Novaes will square off with Andrew McInnes at MFC 40. | Jacob Bos/Sherdog.com

MFC officials announced late Tuesday that Jonatas Novaes will square off with fellow lightweight Andrew McInnes at the May 9 event, which takes place at the Shaw Convention Centre in Edmonton, Alberta. The evening’s main card airs live on AXS TV and fill feature three championship fights, including a lightweight title headliner between Kurt Southern and Tom Gallicchio.

The event will also showcase a 155-pound showdown between Marcus Edwards and Aaron Gallant, as well as a rescheduled light heavyweight confrontation pitting Sean O’Connell against Victor Valimaki, who were originally supposed to collide at MFC 39 before Valimaki took ill.

Novaes, 32, has gone 1-1 since joining the MFC last year, submitting Southern in his promotional debut only to fall in their rematch this past October, with Southern scoring a first-round technical knockout over “Peixe Frito” at MFC 38.